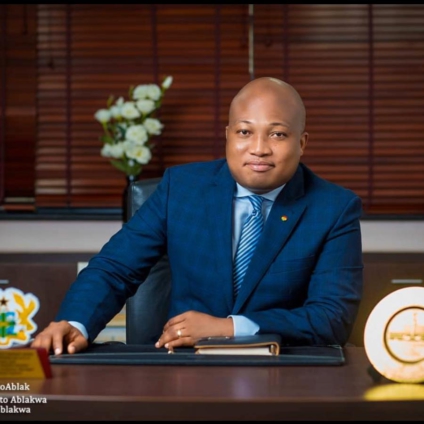 Member of Parliament for North Tongu, Samuel Okudzeto Ablakwa, is alleging that the Finance Minister, Ken Ofori-Atta, has diverted $100 million of Ghana’s oil fund into an offshore account.

The reason for the diversion is unknown, but Mr. Ablakwa says Ofori-Atta’s action is a violation of Article 176 of Ghana’s 1992 Constitution.

Article 176 states that all revenues or other monies raised or received for the purposes of, or on behalf of, the government shall be paid into the Consolidated Fund.

This, according to Mr. Ablakwa, is one of the reasons the Minority wants Ofori-Atta sacked from office.

Speaking to Nhyira FM’s Nana Jantuah on Kuro Yi Mu Nsem, the Member of Parliament said the Finance Minister would have been jailed if he was a member of the National Democratic Congress (NDC).

“One of the grounds listed that Ofori-Atta should be removed from office is that he has diverted at least one hundred million dollars of our oil fund into an offshore account in violation of Article 176 of the 1992 constitution.

“We do not know what he is doing with those oil funds, who are the signatories to those accounts and why he has engaged in that diversion. When you read the latest PIAC report, PIAC has indicted him. What business does Ofori-Atta have in diverting hundred million dollars?”

Mr. Ablakwa says the Attorney-General who should be initiating the prosecution of the Finance Minister is a colleague cabinet minister, which makes it difficult to start the process.

He believes the 1992 constitution should be amended to have an independent prosecution entity without any political affiliation.

“Why should the Attorney General be a cabinet minister under the same government? Why can’t we have just an independent prosecution entity?

“The only one who can initiate the prosecution of [Ken Ofori-Atta], the Attorney General, is a colleague cabinet minister and both sit in the same meeting.”

The North Tongu MP says the Special Prosecutor would have been the best option, but the office has not lived up to expectations.

He thinks the establishment of the Office of the Special Prosecutor has been a disaster and it is more likely causing financial loss to the state.

“That whole arrangement of the Special Prosecutor has been a disaster. It’s not lived up to the promise. We were all excited that we now have an independent person with no nonsense character and he will not be influenced by the politics of the day.

“But let’s be truthful, that office I think that is even now just a matter of causing financial loss to the state.”