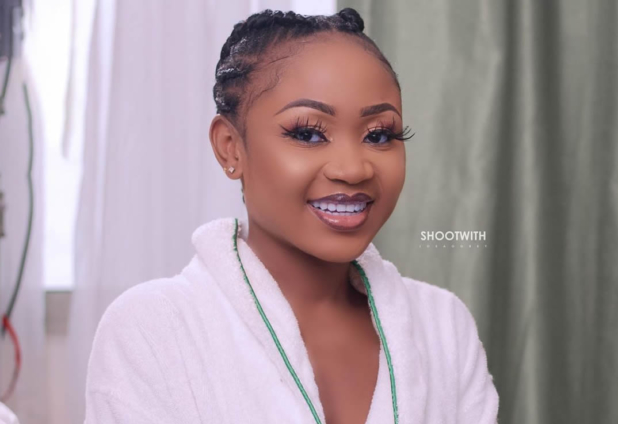 Neho! In this Akuapem Poloo saga, I keep seeing people ask, why did she plead guilty? For many people who have never experienced our criminal injustice system; I see why you would think or be surprised that a lay person would plead guilty to an offence that is likely unconstitutional and barely factually made out.

Many years ago, I was a pre-trial rights volunteer for the Commonwealth Human Rights Initiative. In that role, I would go to various jails in Accra to speak to inmates, to see if their pre-trial rights had been violated. I worked mostly, however, at the Nima Police Station. The practice was that the police would lock me in the jail cells, and I would spend about an hour and a half each time interviewing the inmates and filling out the forms. I had a full-time job at the Constitution Review Commission, and so often this was how my lunch break was spent. (I know you are here thinking, this guy has lived a thousand lives. I have!! 🤣)

Now, for those who have never faced a criminal trial in Ghana; let me give you a synopsis of what often happens. Once you are charged with an offence by the Police, they ask that the court remand you into police custody, to enable them to continue with the investigation. Ninety-nine per cent of the time, for persons who are not represented by counsel; and irrespective of the offence; or the factual information presented to the court (often half-baked). Our courts will order the remand! By practice it was usually for 14 days. This has become the police’s favorite way of getting around the 48 hour duration within which they can hold you without charge.

Once remanded; the police have an option to send you to Nsawam Prisons or to keep you in their jail cells. As a remandee; the better of the two options was jail. Because at the expiration of that 14 days, the police are required to bring you before the court to either begin prosecution or seek a renewal of the remand. They often do the latter, and it is almost renewed. Now, why is jail better than prison? Well, for one, despite the horrible conditions; being in prison also meant that the police will never show up to bring the suspect back to court to seek such renewal of the remand.

The most common excuse? They couldn’t find a vehicle. (Not always a made-up excuse, because several times, police officers have had to pay from their pockets to ferry suspects back and forth in trotro). In these cases, they will either go to court alone without the suspect and get the judge to remand you further; or they will not show up; in which case our judges will adjourn the case till a month or so after. This process can repeat itself for years.

In some cases, the Police Investigator, handling your case could die, be transferred or as is often the case just be lazy. Several times, whenever a Police Investigator is transferred; you can literally be forgotten in the prisons. Even for the Police jail cells, I have seen this happen so many times. Because Nima Police Station has one of the biggest police cells; police officers from other stations brought their suspects there. Then they are forgotten. Because something happened to the Investigating officer at that other station and no one ever showed up for the inmate. In one instance, I saw someone who had in there for 11 months. Another two years. No one at the police station had any idea where they had come from; or who was in charge of their case.

Anyway, why am I telling you all this? Well, as is Ghanaian, in the face of dysfunction; a sub-economy/culture always appears. First, If you/your family – sort out – the Police Investigator, he (often he), will arrange for you to be in the Police cells instead of Prisons. Also, for a fee, they will be more assiduous in bringing you before your judge every time, if only to seek a renewal of the remand mandate.

Second, prison was the boogeyman. It was used to threaten people to either pay up or play ball. Most importantly, the police will use it as a chip to secure a guilty plea. They will tell you that if you go before the judge and you don’t plead guilty, they will take you to Nsawam and leave you there. They – strongly advised – accused persons to always plead – guilty with an explanation. And explained helpfully that when they do that the court will look favourable on them; and release them.

Two things happen; the persons who refuse to plead as instructed will be dumped at Nswam, and be part of the forgotten. You think you know your rights? Nonsense. We don’t have time like that. Those who believe the police and plead – guilty with an explanation – often found out that, it didn’t mean what the police promise. They are surprised to get sentenced. And before they come to their senses, they are already cooling in prison.

Do I know why Akuapem Poloo, who wasn’t in police custody, pleaded guilty? No! I’m surprised? No! What I do know is; even after a person pleads guilty, the Attorney-General’s Department can at any time before the judgment enter a Nolle prosequi to discontinue prosecution. If you want to protest, head there. Do not be guilted by those claiming, you are only doing this because Akuapem Poloo has some social media fame; and that what about all the thousands of people who pass through the criminal injustice system, in the same way? First, every injustice needs a cause célèbre. Second, what are they doing about it themselves? They only know how to criticize and slow advocates, but are never advocates themselves! They are sooner to judge those seeking change than act for change themselves!

You may find Akuapem Poloo uncouth, and uncultured. You have your migogynist right to! But wait till the process grabs your cultured ass. Well, what I’m I saying? You have enough money to bribe the Police and secure lawyers.