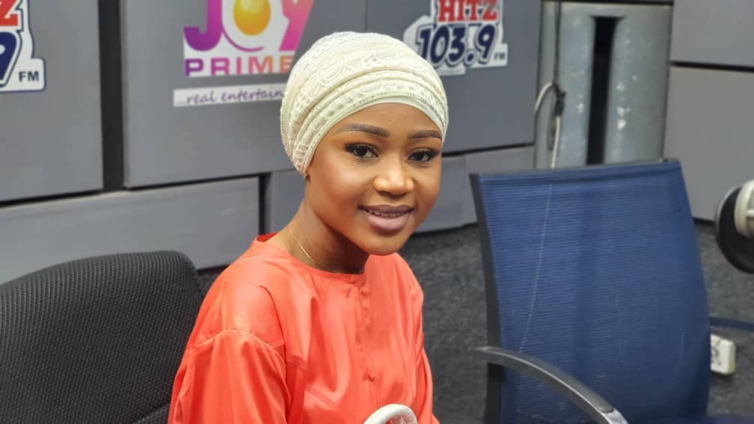 According to her, she has never been approached to give sex for a role or position.

In an interview with Andy Dosty on Daybreak Hitz on Thursday, the actress born Rosemond Brown, added that if anyone did she would say it and mention the person’s name.

“I have never, never in this industry, since I started, me I like would have said it and mention your name.”

The actress went on to state that her management handles all her contracts, so she never gets in contact with any producer or director personally.

“I never handled my contracts or projects by myself. No producer has walked to me that they want to work with me,” Akuapem Poloo said.

She also cited an example when she worked with footballer Asamoah Gyan and the late musician, Castro, saying she never had any contact with both the footballer and the musician, but rather through a friend who suggested her for the role.

The Ghanaian actress has now converted to the Islamic Religion after declaring the Shahada; thus declaring her belief in heart and mind that there is only one God, and Prophet Muhammad is God’s human messenger.

She told Andy Dosty that she converted to Islam because of her son.

The brand influencer, who now goes by the name Haniya, explained that her son chose to follow his father’s religion, hence influencing her to follow suit.

DISCLAIMER: The Views, Comments, Opinions, Contributions and Statements made by Readers and Contributors on this platform do not necessarily represent the views or policy of Multimedia Group Limited.
Tags:
Akuapem Poloo
Daybreak Hitz
Rosemond Brown