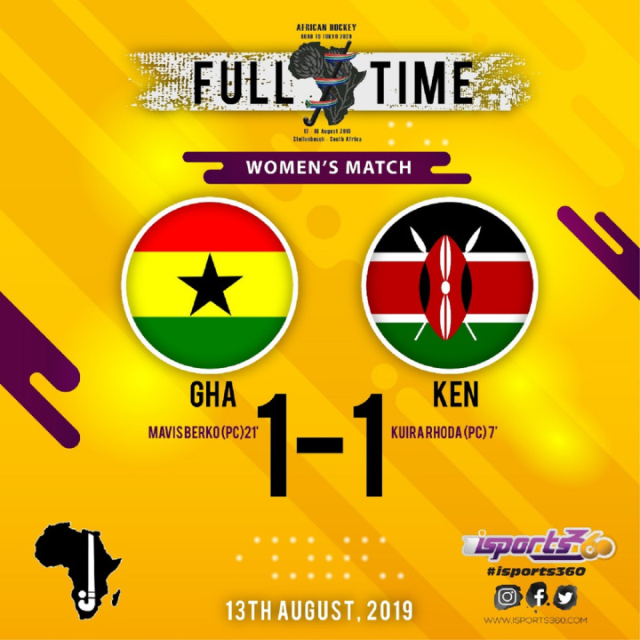 The female national hockey team could not get past their Kenyan opponents on Tuesday in the 2019 African Hockey Olympic qualifiers, sharing the points in a 1-1 draw at the Stellenbosch University, South Africa.

The result won’t come as a surprise to some as the Ghanaian team have never recorded a victory against the Kenyans in all their encounters drawing 3 and recording a single defeat against the East Africans.

Both teams came into the game with victories in their previous match with a Vivan Narkuor inspired Ghana eased to a 3-1 victory over Zimbabwe while Kenya struggled to a 1-0 victory over Namibia.

Kenya took the lead early on as Rhoda Kuira converted a Penalty Corner in the 7th minute but 2019 SWAG female hockey player of the year, Mavis Berko would equalise for Ghana in the 21st minute also from a Penalty Corner.