Opuni Trial: “I was trained with Christian values to always tell the truth” - Witness - MyJoyOnline.com

Opuni Trial: “I was trained with Christian values to always tell the truth” – Witness 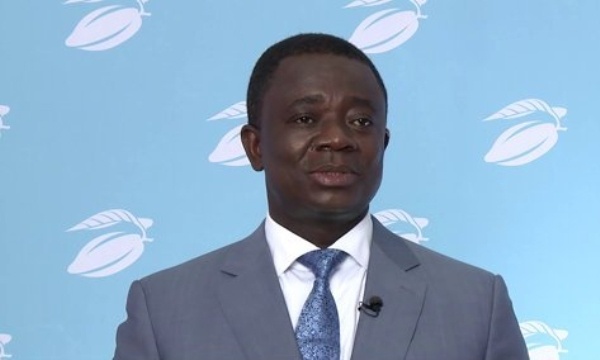 The second defence witness in the trial involving Dr Stephen Opuni and two others, says he has been trained with Christian values to always tell the truth.

Mrs Yvonne Attakora-Obuobisa, the Director of Public Prosecution, in a cross examination, said the witness was not truthful to the Court but the witness, Samuel Torbi, disagreed.

The DPP suggested to the witness that the letters being corrected in the passbook regarding his name were “R, O, C, K, S, O and an N”, which spells “Rockson” and not the Sampson, as the witness claimed but the witness disagreed.

Dr Opuni and Mr Agongo are facing 27 charges, including defrauding by false pretences, willfully causing financial loss to the State, money laundering, corruption by a public officer and contravention of the Public Procurement Act.

On Monday, May 23, 2022, when the case was called, Mr Samuel Codjoe, Counsel for Dr Opuni, informed the Court that he had in his hand another excuse duty issued by the Ridge Hospital on behalf of Mr Torbi.

So, the Court asked Dr Opuni to call his third witness to enable Mr Torbi recover fully before he continues with his cross examination.

Mr Torbi said it was the Cocoa Purchasing Clerk, who made the mistake in spelling his name and that the Clerk was still alive, and that the Court could verify from him.

The Counsel also put it to Mr Torbi that the passbook did not belong to him because it did not have his signature and again, the name in the book had been altered from Rockson to Samuel but he disagreed.

The witness said it was not true that he altered the name in the passbook because he had one of the biggest Cocoa farms in the Central Region and that around the Assin Fosu District, he might emerge first or second among his peers.

“So, l can not collect someone’s passbook and make it mine,” he added.

Mr Torbi said before the passbook was issued to the Cocoa farmer, the Clerk had sent the name of the farmer to the Head Office before it was issued.

He said passbooks could not be issued from supermarkets or book shops and it could not be changed frequently too, even in the 2019-2022 crop season, there was no issuance of a passbook.

“The passbook belongs to me, and it is my property,” he emphasised.

At that point, the State ended its cross examination of the third witness.

Dr Opuni at the next adjourned date will call his fourth witness in the person of Ambassador Ohene Agyekum, the former Board Chair of COCOBOD.

The case had been adjourned to June 6, 2022, for continuation.