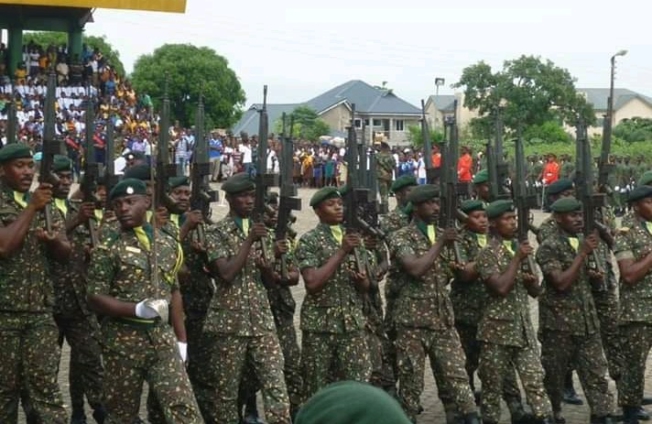 The Ghana Immigration Service (GIS) says it has deployed more men as it intensifies vigilance at the borders.

Speaking in an interview with JoyNews, Sector Commander, Rev. Chief Superintendent Edwin Adjetey-Doku noted that “our men are on the grounds trying to pick up intelligence.”

“Our people are still on grounds. They’ve been able to question some few folks of the Nankpanduri town and its surrounding villages. And it seems such persons have not been seen in the system,” he said.

It follows a National Security alert on what it calls, the suspicious movement of some masked men into the mountainous areas of the Upper East and North East Regions.

Its operation has so far failed to track the suspected terrorists but the Sector Commander tells JoyNews security is being heightened in the area to prevent an attack.

According to him, there are preparation by his command to “release men in plain clothes to also go and complement the efforts of those intelligence officers who were released from the region.”

He added that with this strategy, “we will still see if there is other news we are going to get as to whether it is true that people are really on the grounds or in our country.”

“I have had a meeting with my command, my officers, and I have also reiterated to them how they go about their work and how vigilant they should be in manning the borders,” he said.

Meanwhile, the Upper East Regional Minister has stated that the Region is fully prepared to deal with terrorist organisations if they attempt to stage attacks.

Speaking to JoyNews, Stephen Yakubu, who is also Chairman of the Regional Security Council, explained that government has adequately armed the region with the requisite logistics to fight any such attack.

“You know, we had about 22 small armored vehicles in the region. You know, some of the things I don’t want to say a lot, what we have done, but we have a lot of logistics coming into the region,” he assured.

DISCLAIMER: The Views, Comments, Opinions, Contributions and Statements made by Readers and Contributors on this platform do not necessarily represent the views or policy of Multimedia Group Limited.
Tags:
Ghana Immigration Service (GIS)
Nankpanduri mountains
Rev. Chief Superintendent Edwin Adjetey-