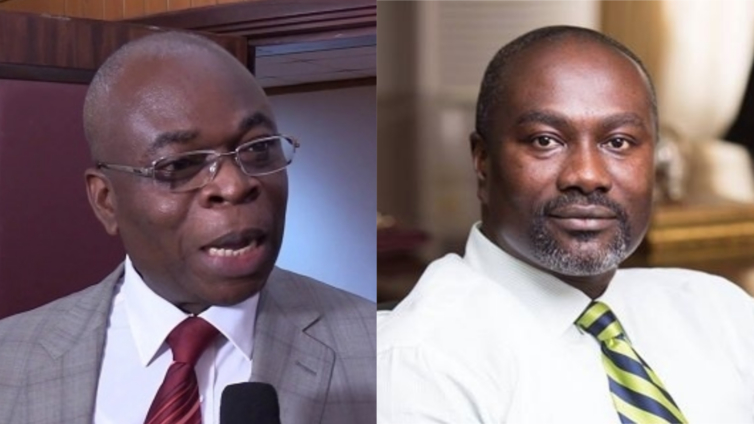 The Public Accounts Committee (PAC) has given officials of the National Information Technology Agency (NITA) a five-day ultimatum to produce a total of 54 payment vouchers amounting to ¢627,490 to the Committee.

According to the 2017 report of the Auditor General, officials of NITA failed to produce documents to back some payments made. This is in breach of Regulation 1 of the Financial Administration Regulation, 2004.

Appearing before the Committee on Friday, NITA’s Director of Finance and Administration, Richard Okyere-Fosu, said they failed to produce the documents during the audit due to relocation to their new office.

But the justification did not sit well with members of PAC.

The South Dayi MP, Rockson-Nelson Dafeamekpor, visibly disappointed about the situation, described the conduct as “unacceptable”.

He stated that the Director-General had ample time to correct shortcomings raised in the 2017 Auditor-General’s report, thus, was not taking the Committee seriously.

“You told us that you had some of the vouchers for purposes of verification, but when it was put to you further, you began to wobble. We are speaking of more than half a million Ghana cedis, and it has been over four years.

He added, “And we want to send this message out there that ‘nobody should come before this Committee and play with us, we engage in serious business here.”

According to him, moving from one location to another should not result “in the disappearance or inability to account for the official documentation, as far as public accountability is concerned.”

He further added, “I am worried not just because of the amount involved but because of the constitution we are dealing with. I mean, given the nature of your institution and the reputation that you carry, at the very minimum, we should not be querying you on the matter of this nature.”

Subsequently, Mr Okyere-Fosu apologised for failure of his outfit to make available the aforementioned vouchers.

He further added that he has been in office for only a year, adding that, “there were two Management Reports prepared. in the first instance, we didn’t have a record of it at all to be able to work on it. So the one that we have, we have dealt with it.

“The issue that we are referring to, I understand from my financial team that the list of the vouchers was only given to him this week. So we haven’t been able to track the document to present to you,” he said.

However, some members of the Committee still doubted his explanation.

As a final point, the Chairman of PAC, James Klutse Avedzi, waded into the argument and ruled that officials of NITA should produce the said payment vouchers within five days or face the wrath of the Committee.

“We are giving you up to Wednesday, June 30, to bring all the 54 PVs here. We will hand them over to the Auditors here; they will do their verification and give us their findings or response,” he said.