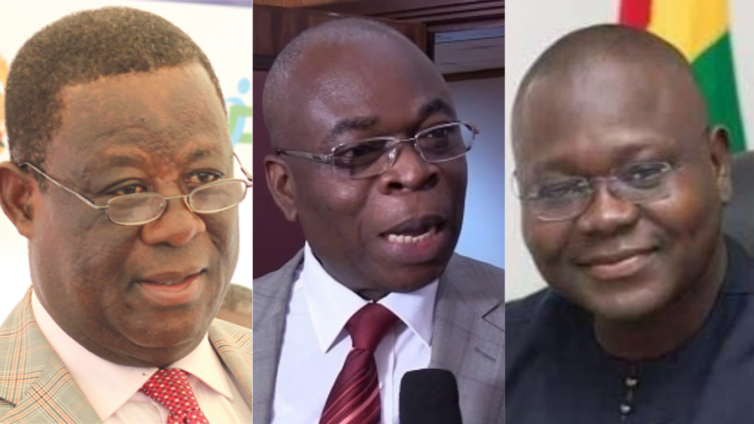 The Public Accounts Committee of Parliament (PAC) has surcharged two Ministers and their agencies with the overall cost associated with the Committee’s sitting on Thursday.

This follows failure of the Ministers; the Roads and Highways Minister, Kwasi Amoako-Atta and the Works and Housing Minister, Francis Asenso-Boakye, and representatives of their agencies, to appear before the committee at the commencement of sitting to consider the 2017 and 2018 report of the Auditor General.

Members of the committee had turned out in their numbers only to be informed by the Clerk that the Ministers had failed to show up.

The development did not sit well with the legislators.

Chairman of PAC, James Klutse Avedzi, therefore, directed the Finance Department of the House to compute the cost that Parliament incurred which consists of cost of airtime on GBC among others, for the two Ministers to pay.

James Avedzi later ordered the two Ministers to appear before the Committee on Friday at 2 pm prompt.

The Ministry of Education, the Ghana Education Service (GES), Ministry of Communications, and Ministry of Lands and Natural Resources are also expected to appear before the Committee on Friday, June 25, 2021.

The Committee is expected to consider the Report of the Auditor-General on the public Accounts of Ministries, Department and Agencies (MDAs) the year ended 31st December 2017 and December 2018.