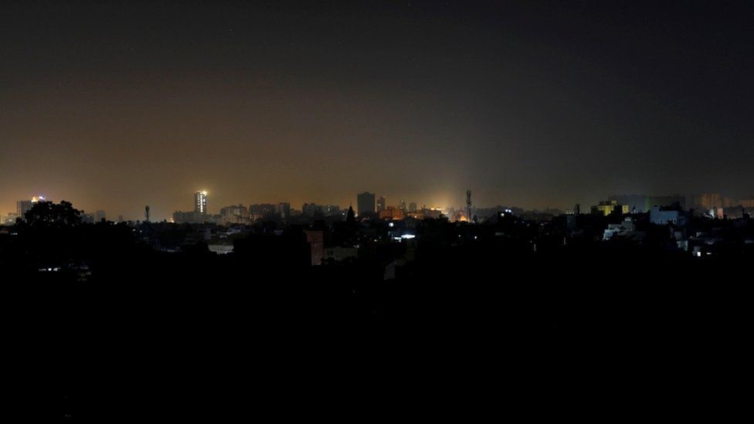 Electricity is gradually being restored in Pakistan following a huge power cut across the country, which led to every city reporting outages.

Homes nationwide were suddenly plunged into darkness from about midnight.

Power is now back in most cities but officials warn that it could still be a few hours before electricity is fully restored.

The outage is believed to have been caused by a fault at a power plant in the south of the country.

Power cuts are not uncommon in Pakistan. Essential facilities such as hospitals often use diesel-fuelled generators as a back-up power supply.

“A countrywide blackout has been caused by a sudden plunge in the frequency in the power transmission system,” Pakistan’s power minister, Omar Ayub Khan, wrote on Twitter in the early hours of Sunday.

Mr Khan later said that power had been restored in most major cities but that it would take a few more hours for the grid to go completely back to normal.

He added that the outage occurred after a fault developed at the Guddu power plant in Sindh province shortly before midnight on Saturday (19:00 GMT).

Investigators were at the site to ascertain the cause of the fault, Mr Khan said.

Blackouts sometimes occur in Pakistan because of chronic power shortages, with many areas having no electricity for several hours a day. The issue has previously led to street protests.

In 2013, Pakistan’s electricity network broke down completely after a power plant in south-western Balochistan province developed a technical fault.

Pakistanis seem to have largely taken this power cut in their stride. Outages lasting a number of hours are not uncommon, though they are rarely on this scale, and normally occur during the hotter summer months. The last time there was a near national blackout like this was in 2015.

So far, there have been no reports of problems at hospitals, which have their own back-up supplies. A senior member of staff at a major hospital in the city of Karachi told me they could maintain services for 48-72 hours without mainline power.

Many businesses and richer families invariably own diesel or petrol fuelled generators too, allowing them to continue using electricity whenever power cuts occur. There were reports of queues at some petrol stations earlier in the day as people tried to keep refilling their generators.

Others will have been without internet and phone access, or hot water, but – already used to periods without electricity – appear to have accepted the outage with an air of resignation.

DISCLAIMER: The Views, Comments, Opinions, Contributions and Statements made by Readers and Contributors on this platform do not necessarily represent the views or policy of Multimedia Group Limited.
Tags:
Omar Ayub Khan
Pakistan