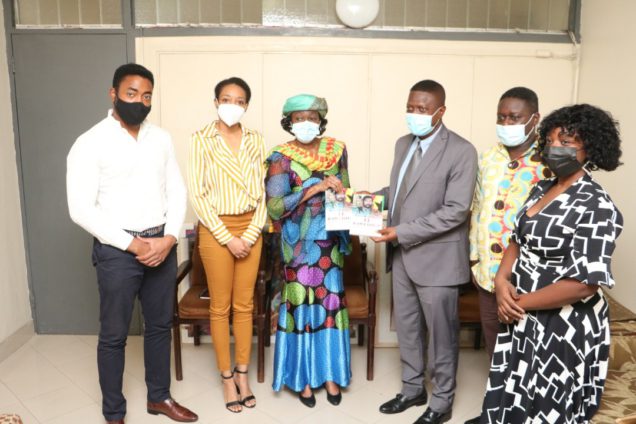 The Pan-African Writers Association (PAWA), an umbrella body of writers’ associations on the African continent and the Diaspora has presented advance copies of a book it has authored in honour of former President Jerry John Rawlings, to former First Lady Nana Konadu Agyeman-Rawlings.

Titled “J.J Rawlings: Memories and Mementos”, the book which was presented by PAWA General Secretary, Dr. Wale Okediran, is a collection of poetry, short fiction, tributes and essays from contributors from across the continent.

Making the presentation at the office of Mrs. Agyeman-Rawlings, Dr. Okediran said the book was brought about by the outpouring of emotion by many African writers and commentators from all over Africa. He said it is a collection of writings and poems from fifteen countries.

The PAWA Secretary-General said President Rawlings impacted writers across the continent and it was under his tenure that the continental association was established in 1989. The book, he stated, was a tribute to how the departed former Ghanaian leader inspired many on the continent and beyond.

Responding to the presentation, Nana Konadu Agyeman-Rawlings thanked PAWA for the gesture and expressed concern about the low standards in the media in terms of the quality of language used by some practitioners.

She recalled how in the good old day’s radio and newspapers were a good source to learn how to speak and write English and urged the Pan African Writers Association to help revive traditional and cultural values as it is “within their power” to do so.

The former First Lady said there was nothing wrong with good, old-fashioned ways of bringing up a child, stating that it was important that the child grows up in a way that is acceptable to society.

“We have to instill in our children a certain traditional way even as we become modernized so that they do not move too far away from who we are as a people. Who is in charge of what our children see and emulate? Education is a tool; your upbringing is your tradition and your life,” Nana Konadu stated.

Member of Parliament for Klottey Korle, Dr. Zanetor Agyeman-Rawlings who was also at the meeting, said it is always refreshing when something happens spontaneously, referring to the manner the book was developed.

“There is a whole generation who do not know some of these issues because some of his contemporaries have not publicly acknowledged the role he played in the establishment and expansion of other sectors such as the arts,” Dr. Agyeman-Rawlings said.

PAWA plans to launch the book in Accra by the middle of December 2021.

The book was edited by Professor Bill F. Ndi, Cameroonian Professor of Modern Languages and Philosophy, Fellow of the Booker T. Washington Leadership Institute and a Faculty Senate Chair at Tuskegee University.

Abdourahamane Diallo from Guinea who is the current head of UNESCO in Ghana wrote the forward to the book.