Parliament wouldn’t have made it this far without you – Speaker to Ghanaians - MyJoyOnline.com 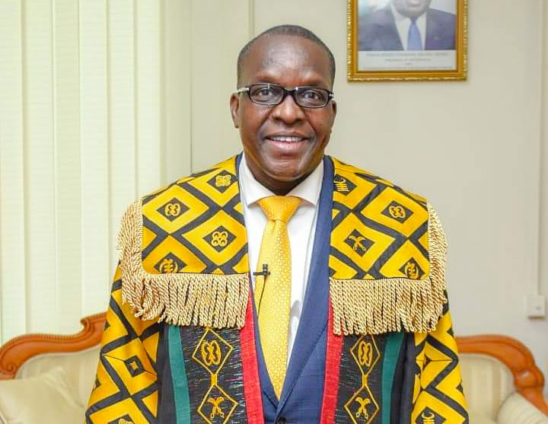 Speaker of Parliament, Alban Bagbin, has expressed profound gratitude to Ghanaians for their support since the inception of the 8th Parliament.

In his Christmas message, the Speaker stated that the work of Parliament would not have been complete without the support of “the good people of Ghana.”

“Parliament would not have made it this far, neither would I, as a Speaker of Parliament, without the support of the good people of Ghana,” he said.

He further stated that the interest demonstrated by all Ghanaians in what the House does, is a manifestation of the extent to which Ghanaians have invested in the sustenance of the country’s democracy and the strengthening of the legislature.

Hence, “with the year coming to an end and the festive season upon us, this is the time to express appreciation to all Ghanaians for the support, love, prayers, and criticisms that have combined to bring us this far,” he said.

Regardless of some difficulties that characterised proceedings of the House, the Speaker is of the view that 2021 has been significant in many respects and has been a year that holds vital lessons for the future of the country’s political, economic, and social agenda.

On this note, he, on behalf of all MPs, the board, and staff of the Parliamentary Service, wished the general public well and a year full of success ahead.

Work in Parliament has been characterised by a series of chaotic scenes since both parties won 137 seats each with an Independent Candidate winning one seat.

Since its inception on January 7, 2021, decision-making has been tough with the House witnessing a number of disagreements over decisions to be made in the House. The two sides are unable to reach a consensus on issues.

The first incident was witnessed when the MPs voted to elect a Speaker.

Another significant incident that was recently witnessed has to do with the hullabaloo regarding the debate over whether or not the e-levy should be considered under a certificate of emergency.

However, the sitting which was presided over by First Deputy Speaker, Joseph Osei-Owusu turned chaotic when the Minority side attempted to prevent the Deputy Speaker from vacating his chair to participate in the voting process.

This resulted in a clash between the two sides in Parliament. Proceedings of the House was adjourned due to the chaos.

Meanwhile, approval of the e-levy has been postponed to January 18, 2022 when the House reconvenes.