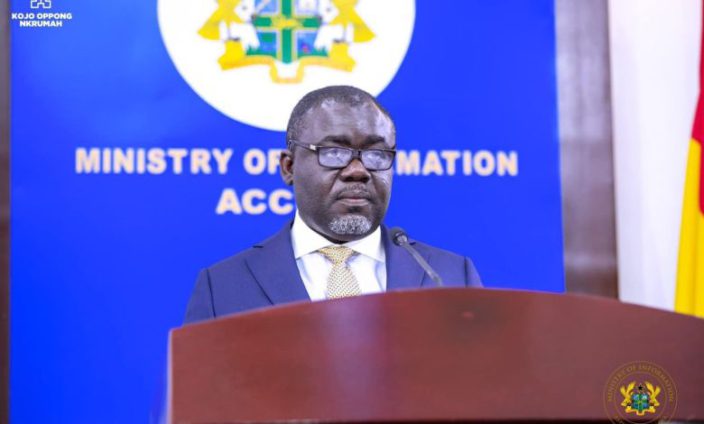 Transport Minister, Kwaku Ofori Asiamah has been summoned before the Roads and Transport Committee to brief them on the controversy surrounding the operation and launch of the McDan Private Jet Services.

A directive from the Ghana Airports Company Limited for the launch of the program to be put on hold pending enhanced safety measures was ignored by officials of McDan.

Speaking with Joy News’ Parliamentary Correspondent, Kwesi Parker-Wilson, Chairman of the Committee, Kennedy Osei Nyarko said the committee was unaware of the details of the agreement between Ghana Airports and the McDan Aviation.

“I have instructed the Clerk of the Committee of Roads and Transport to write a letter to the Minister for Transport to appear before the Committee within tomorrow [Wednesday] and Thursday so that he can easily give us an update or to brief members on exactly the happenings; from there before we can also make an official decision,” he said.

Meanwhile the Ghana Airports Company Limited (GACL) has ordered McDan Aviation to suspend the use of the Kotoka International Airport (KIA) until further notice.

In a letter signed on January 31, by the Managing Director of the Airports Company, Yaw Kwakwa, he referenced a notice to the company to suspend its inauguration of the Private Jet Terminal last Friday, which was not adhered to.

In view of this, Mr Kwakwa said, “We note with concern your failure to comply with the directive despite the outstanding issues on the prior terms and conditions for the use and operations of Terminal 1 as a Private Jet Terminal.

However, Chairman of the Committee, Kennedy Osei Nyarko in an interview on Top Story on Tuesday said the directive from the GACL will not change the Committee’s decision to summon the Transport Minister.

“This does not change the position of the committee. I mean we want to just get the full understanding of this whole arrangement. We as a Committee have little knowledge of this whole arrangement so it is important that we use this opportunity to get ourselves abreast with whatever is happening so that whatever decision or advice that need to be proffered to the Ghana Airports Company we do that,” he stated.

McDan Aviation Services has since suspended its operations following the order by the GACL.

“We are writing to officially inform you about our decision to suspend our operations at the Fixed-Base Operator (FBO) with immediate effect,” a letter from Management stated.

McDan explained that “this has become necessary to pave way for us to thoroughly engage your outfit and all the key stakeholders on the way forward.”

In response to the GACL order, Daniel McKorley said McDan Aviation “will write to officially arrange for the engagement. While at that, we will also appreciate your guidance on what will be the most appropriate step to take.”