Workers of yet-to-be-constructed Keta Port to receive 3.5 months’ basic salary as bonuses for 2022 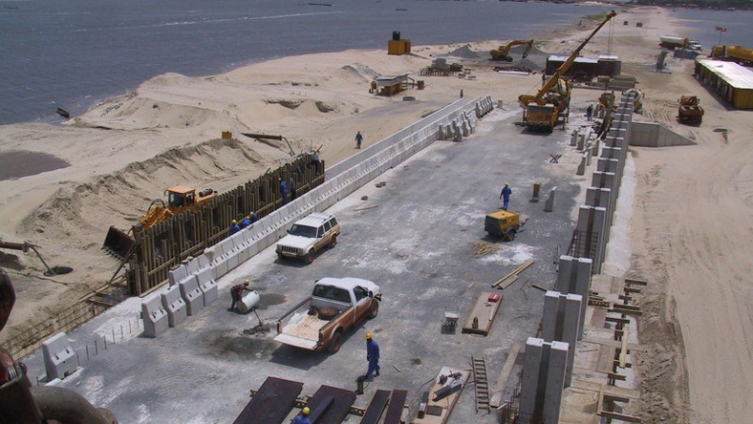 Workers of the yet-to-be-constructed Keta Port are to receive three and half months’ basic salary as bonuses for the year.

This is to be paid to both permanent and contract staff who have worked for one year and above.

This was contained in a memorandum signed by Corporate Human Resource Manager of Ghana Ports and Harbours Authority, Kwabena Adu Safo and sighted by MyJoyOnline.com.

“Approval is hereby given for the payment of 3.5 months basic salary, tax inclusive as bonus for the year 2022.”

Additionally, retired staff who worked for six months or more are also entitled to this.

Recently, the Transport Minister had to justify the government’s decision to appoint a director for the project.

Kweku Ofori Asiamah said the appointment is a means to accelerate the promise he made to electorates in 2016.

According to him, despite the absence of physical construction ongoing, a lot of progress has been made in that regard.

The Minister also said it will cost the country $650 million to construct phase one of the Port.

He added that all necessary feasibility studies have been carried out, and thus construction on the site will soon begin.

The Keta Port, which was a campaign promise by then-Presidential candidate Nana Akufo-Addo, is expected to serve as a refuelling point for Ghana’s ships in foreign waters east of Ghana.

It is also expected to enhance economic activities in the Keta area.

DISCLAIMER: The Views, Comments, Opinions, Contributions and Statements made by Readers and Contributors on this platform do not necessarily represent the views or policy of Multimedia Group Limited.
Tags:
Bonuses
GHPA
Government
Keta Port
Kwaku Ofori Asiamah
Transport Minister