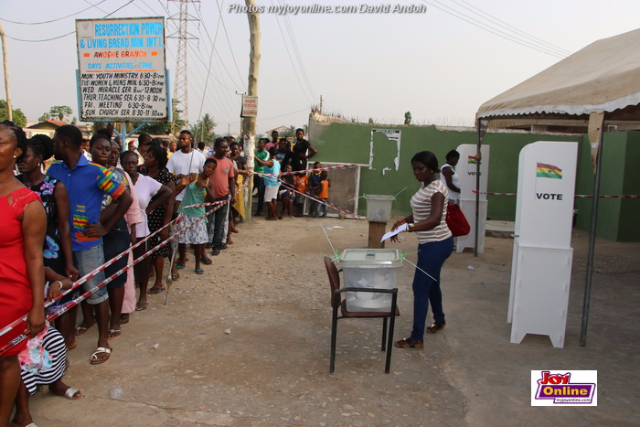 Civil Society is to a democracy, what an engine is to a car. Since 1992, various Civil Society Organizations (CSOs) have been instrumental in shaping the processes of the country’s democracy and governance. Ghana owes a lot of gratitude to civil society organizations for their spirited commitment to shaping the direction of our country. The country must, however, be concerned when it becomes obvious that civil society organizations lack principled positions on issues of great national importance.

In the period between 2008 and 2016, one of the prominent issues tabled for public deliberation by civil society organizations in Ghana was a practice known as “winner-takes-all” which was seen not only as divisive and exclusionary in nature but also harbours the potential to undermine peaceful democratic processes. The winner-takes-all is a political practice in which post-election distribution and redistribution of public resources, especially, those in reference to the appointment to public offices and other positions is driven by a desire and preference to reward party loyalists with or without considerations for competence and merit.

In opposing this practice, the Institute of Economic Affairs (IEA) in a proposal submitted to President John Mahama in January 2015, argued that the politics of winner-takes-all compromises “the independence, professional competence and performance of the institutions established under the Constitution to protect citizens and act as agents of restraint on executive power”. On the basis of this argument, they proceeded to ask for institutional reforms to address the situation.

In May 2016, the Daily Graphic carried a news item in which the Executive Director of Institute for Democratic Governance (IDEG) Dr. Emmanuel Akwetey was quoted in reference to the dangers of winner-takes-all, as saying that “we are polarised, when we go to elections we exploit our differences and our divisions so badly that at the end of the day we all feel that something is putting us apart… the more people are excluded, the more they question the system”, and blamed the threats of violence in the country’s elections on the politics of winner-takes-all.

In addition, the Center for Democratic Governance (CDD) issued a statement during the Silver Jubilee celebration of the 1992 Constitution and expressed dismay about the pervasiveness of corruption, lack of accountability, apparent jobless growth as well as income inequality in Ghana notwithstanding the country’s relative peace and stability. In this statement, the CDD blamed the politics of winner-takes-all for foisting an environment of state capture that permits the two main political parties to engage in the politics of spoil sharing. Beyond these three foremost Ghanaian think tanks, several personalities including Archbishop Palmer-Buckle of the Catholic Church, Justice Francis Emile Short former Commissioner for Human Rights and Administrative Justice (CHRAJ), Gene A. Cretz former US Ambassador to Ghana and several others have expressed worry about the politics of winner takes-takes-all, and its adverse implications for political inclusion.

Ghana’s politics of winner-takes-all is begotten by the competitive multi-party elections in which only one of two parties (NDC & NPP) has a chance of winning and forming a government. Against this background, if multi-party elections have produced a system of governance that has the tendency to divide us, and exclude some segments of the population from participating in the decision making processes by default, and also potentially from the distribution of other national resources, then such a system is sick and must not only be cured but also prevented from spreading. In other words, if winner-takes-all is a cancer cell in our body politics, what we need to do is to immediately treat it. No one treats an illness or disease by spreading it to other parts of the body.

Put bluntly, the idea that Ghana should shift to a local governance system that allows for District Chief Executives, Assembly Members and others to be elected on a multi-partisan basis is a recipe for disaster with the likelihood of escalating winner-takes-all politics to the local level. In such n system, Assemblies will be compelled to allocate resources based on where most votes are obtained, the patronage politics that deprives the country of equitable development will be visited upon the local governance system.

Elected officials at the district level will be more answerable to their political financiers, and the needless acrimony of the multi-party system elections at the national level will be downloaded into the districts. In the process, families, churches, and community groups among others will all be divided along partisan lines, and inter-ethnic harmony will be sacrificed for political expediency.

The concerns about curtailing the power of an Executive President in District Assemblies, making District Assemblies officials accountable to the people at the local levels are legitimate and must be supported. However, the current approach smacks of a solution in search of a problem. If the problem as defined by advocates of the multi-party elections at the District level is about accountability and answerability as well as minimizing presidential influences, then the solution being paraded around is likely to exacerbate the problem of winner-takes-all which unsurprisingly some of the ‘YES’ campaigners such as the IDEG, CDD, and IEA, arguing for a shift to partisan election of District Assembly officials have themselves, in the past, identified as the bane of our democracy. What is surprising is the apparent mismatch between the problem and their pet solution.

Finally, while commending civil society organizations such the IDEG, IEA and CDD for their relentless pursuit of reforms to collapse the incentive structures of our winner-takes-all politics, it is important that their approach to major national issues be based on principled positions and not on convenience.

The inherent contradiction in the positions espoused by these civil society organizations raises a question about the quality of scientific assessments that foregrounded their advocacy on the issue. In the end, one is left wondering, whose interest are these civil society organizations serving by campaigning for multi-party elections at the local level when they could have done the civil thing of simply explaining the issues and leaving the ultimate final judgment and its accompanying choices to the people!