Paying of assembly members will come with additional tasks – Mahama 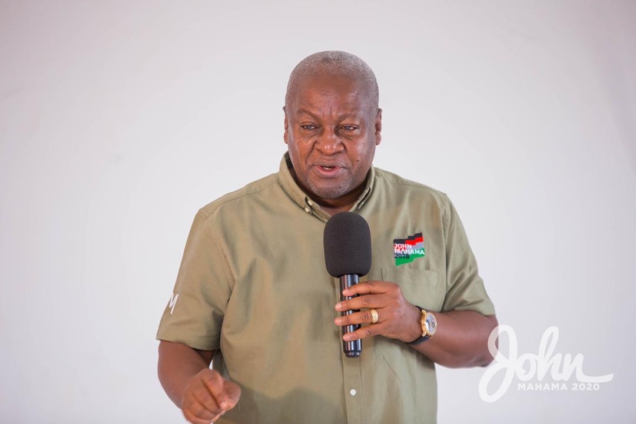 The NDC Flagbearer, John Mahama says his government after giving Assembly members allowances will attach an additional responsibility to their already existing roles.

Speaking at a meeting with Concerned Assembly Members in the Bono East Region, he stated that the NDC is seeking to implement a system that will ensure the automatic update of the Birth and Death Registry.

The assembly members will then be trained to carry out the role of “counsellors” who will take details of a newborn or a dead person, he explained.

“Digitisation has made it much simpler. If you have even a smartphone, they put the app on it and it has the space for the needed information.”

“Anybody goes to the Assembly Members, fill in the details and then when he finishes filling in, he presses send and it automatically goes into the district birth and death registry and also updates the national one.”

John Mahama stated that if Ghana adopts this system, it will be easier to make projections for some policies and keep an accurate record of the country’s population.

He said the allowances will be paid with the savings his government will make by drastically cutting down the number of ministers in his next administration in 2021 or enroll them onto the consolidated fund.

During his meeting with the Bono East Assembly Members, the Former President stated that it is essential to pay them to ensure they carry out their duties.

He also added that his party will also buy motorcycles for Assembly Members to carry out their duties after winning the December 2020 polls.

DISCLAIMER: The Views, Comments, Opinions, Contributions and Statements made by Readers and Contributors on this platform do not necessarily represent the views or policy of Multimedia Group Limited.
Tags:
Assembly Members
Election 2020
John Mahama