Peasant farmers, others welcome govt’s promise not to introduce GMOs 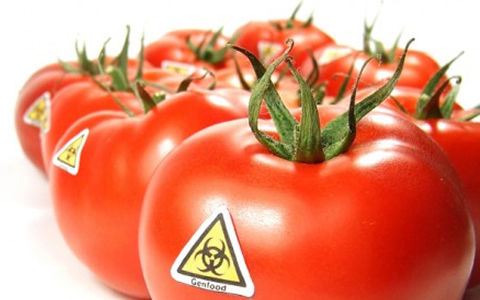 The Peasant Farmers Association of Ghana (PFAG) and three other agro-based interest groups have welcomed government’s decision not to introduce Genetically Modified Organisms (GMO) in Ghana.

PFAG said in a statement that efforts to impose GMOs on Ghanaian farmers and consumers have come to an end following a pronouncement on January 14, 2020.

The Minister of Food and Agriculture, Dr Owusu Afriyie Akoto, indicated on that day that Ghanaian scientists were capable of using traditional breeding methods to produce high yielding varieties and disease-resistant plants and hence farmers will not need GMOs in the next 100 years.

“The Peasant Farmers Association of Ghana (PFAG), General Agricultural Workers Union (GAWU), Food Sovereignty Ghana (FSG) and Centre for Indigenous Knowledge & Organizational Development (CIKOD) who have been championing the anti-GMO campaign for years welcome the government position and call on all institutions, individuals and multi-national corporation who are benefiting from proceeds from MONSANTO to promote GMO in Ghana to rather join Ghanaian scientists and farmers to promote the local seed industry.

“The group further encouraged the government to invest more resources in agroecology as a way of developing the agricultural sector and combating climate change.  Climate change is a global phenomenon and countries like Australia, Canada and even Ghana had serious effect of climate change devastation through bushfires in later part of 2019 which require more attention and resources,” the statement issued by the PFAG on Thursday indicated.

PFAG, the apex farmer-based non-governmental organisation in Ghana with the mandate to advocate for pro-poor agriculture and trade policies and other issues that affects the livelihoods of smallholder farmers noted that the earlier stance of the group against multi-national seed companies and their Ghanaian pro-GMO agents to control seed production and rip the patent right of a single seed purchased by farmers must be commended.

Accepting GMOs in Ghana would have been contrary to the President’s vision of developing Ghana Beyond Aid and further impoverish smallholder farmers who would have bought expensive seeds every year, PFAG said.

“Increasing investment in these areas will go a long way to empower farmers and attract more youth to develop a career in the agriculture value chain.

“GMO is meant for the corporate takeover of the seed industry and to exploit Ghanaian farmers. Since GMO is now defeated; the focus should be on addressing the above constraints,” PFAG said.

The PFAG commended President Nana Addo Dankwa Akufo-Addo’s “sensitivity towards Ghanaian farmers and putting our fears to rest by giving us a verdict on the issue of GMO.”