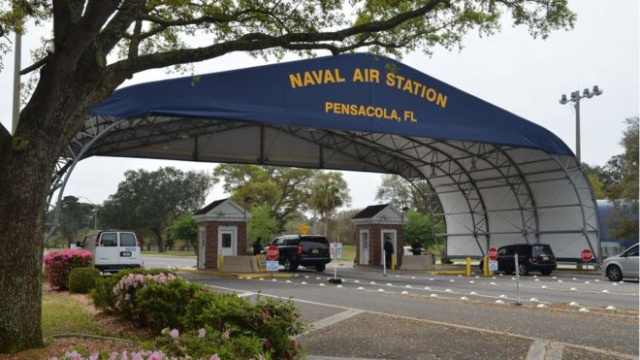 Several Saudi students at a US Navy base in Pensacola, Florida, have been held for questioning after Friday’s shooting there, officials say.

The gunman – Saudi national Mohammed Saeed Alshamrani who was a trainee at the site – killed three people in a classroom before being shot dead.

Authorities have not said the other students were involved.

A Twitter user appearing to match Alshamrani’s identity had made a series of anti-US posts, US media say.

The Florida attack was the second shooting to take place at a US military base last week. Two days earlier, a a US sailor shot dead two workers at the Pearl Harbor military base in Hawaii.

It took place across two floors of a classroom building and ended when a sheriff’s deputy killed Alshamrani.

The names of the victims have not been officially released, but family members of one of them have spoken publicly.

They say Joshua Kaleb Watson, 23, was shot several times but made it out of the building to alert first responders.

On Facebook, his brother Adam Watson wrote: “He died a hero and we are beyond proud but there is a hole in our hearts that can never be filled.”

The Pensacola base has long offered aviation training to foreign military allies of the US.

Cpt Timothy F Kinsella Jnr, the base’s commanding officer, said that about 200 international students were enrolled in programmes there.

According to its website, the base employs more than 16,000 military and 7,400 civilian personnel.

President Donald Trump said that King Salman of Saudi Arabia had called him after the attack to “express his sincere condolences and give his sympathies to the families and friends of the warriors who were killed”.

Mr Trump said the Saudi king told him that “this person in no way shape or form represents the feelings of the Saudi people who love the American people”.

However, Florida Governor Ron DeSantis said Saudi Arabia owed “a debt here, given that this was one of their individuals”.

He added: “There’s obviously going to be a lot of questions about this individual being a foreign national, being a part of the Saudi air force and then to be here training on our soil.”