Persons who fall foul of the law on election day will be dealt with - IGP - MyJoyOnline.com 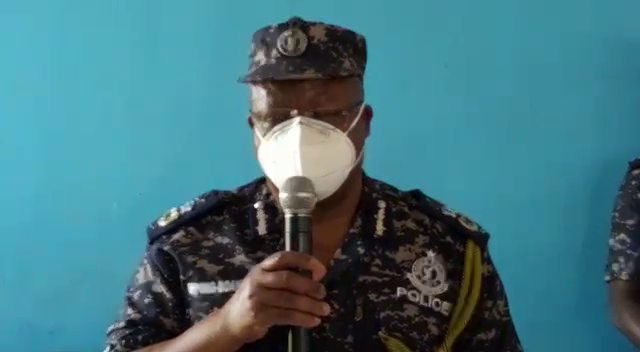 The Inspector General of Police (IGP) James Oppong-Boanuh has said his outfit is committed to providing maximum security before, during, and after the December elections.

Thus, the IGP who doubles as the Chairman of the National Election Security Taskforce said miscreants who will foment trouble on election day will not be spared.

“We will adopt a four-tier approach to policing the ballots at all the 40,000 polling stations and 275 coalition centres,” he said.

At a press brief to update the public on security measures put in place for successful elections in December, the IGP highlighted some achievements of the National Election Security taskforce and said the task force will not relent in providing maximum security.

“We have been executing activities geared towards proving the needed security. There have been reports of violent cases here and there, but in all cases, we have tackled them in accordance with the law,” he said.

Among other things, the IGP also disclosed that a total 6,178 flashpoints have been identified across the country, ahead of the general elections in December.

However, he has assured the public of maximum protection before, during and after the elections.