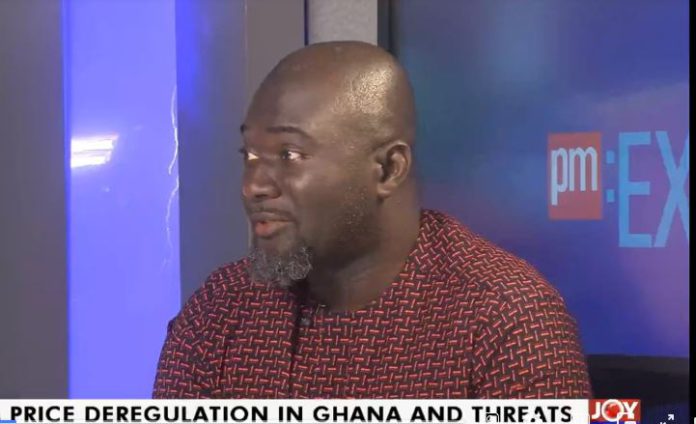 Executive Secretary at Chamber of Petroleum Consumers, Duncan Amoah says deregulation of petroleum has rather increased the prices of fuel.

In an interview on the Business Edition of PM: Express, he said the deregulation has brought about hardships in the lives of Ghanaians particularly fuel consumers.

“You see, George there is something that I am still contemplating whether this whole deregulation exercise is even benefitting the ordinary Ghanaian. So you have two stations, let’s say Duncan and Kudus; Duncan station sells at 5.0, Kudus sells at 6.0, a driver walks to my station and pay 5.0 for fuel another pays 6.0 for fuel yet they are charging the same fare so where is the benefit?” he quizzed on Thursday.

He explained that during former President Kufuor’s era, “crude prices somewhere in 2007 did hit the roof 120, 140” but consumers were not asked to pay GHC 6 plus for petrol.

He added that the taxes during the former President’s time were also reasonable.

According to Mr Amoah a lot of consideration did not go into the deregulation exercise, adding that government just took its hands off the final pricing at the pumps.

“It was just rolled out because government was tired and was choking on the legacy debt so the most immediate solution was to leave all the marketing companies. You bring your product, you set your own prices, if you make losses, I don’t owe you anything,” he stated.

Duncan Amoah said forex will continue to be a problem so far as fuel importation is not managed in the country.

“Those guys would need around 400 million every single month to bring in petroleum products, they would need a dollar, equivalent. So if they are converting all of that to dollar every single month, you think your cedi will survive? So the cedi will depreciate and when it does, a forex rate has to be done and added to your pump prices,” he explained.