A government photographer told investigators that he intentionally cropped photos of President Donald Trump's inauguration to remove empty space and make the audience look larger, according to newly released documents.

The admission, contained in newly released records from a 2017 investigation, shed new light on what happened after the National Park Service shared a social media post comparing the crowds that attended the inaugurations of Trump and former President Barack Obama.

Trump claimed footage of the event did not jive with the number of people he saw from the stage. His then-press secretary, Sean Spicer, gathered reporters the following evening and claimed, "This was the largest audience to ever witness an inauguration — period."

The identity of the photographer and many other government officials are redacted from the documents, which were first obtained by The Guardian.

The documents recount the call Trump placed on his first full day in office to the then-acting park service director, Michael Reynolds. 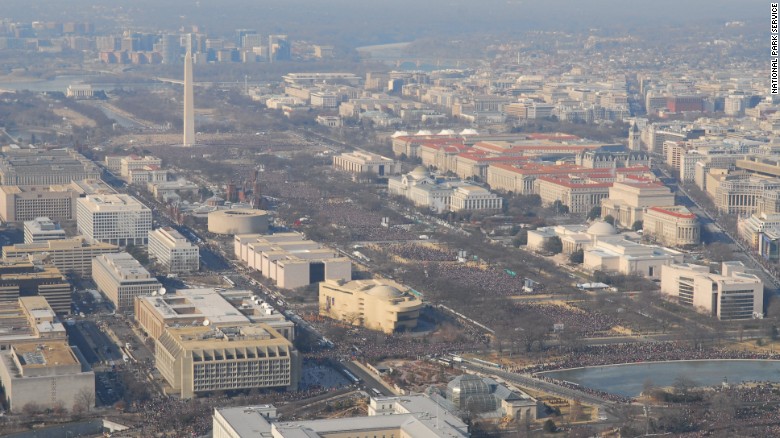 Reynolds then relayed the request to multiple department staffers, including an unnamed communications employee, who said she was told, "Trump wanted to see the pictures NPS had of the inauguration."

The official "said she got the impression that President Trump wanted to see pictures that appeared to depict more spectators in the crowd," the notes read. 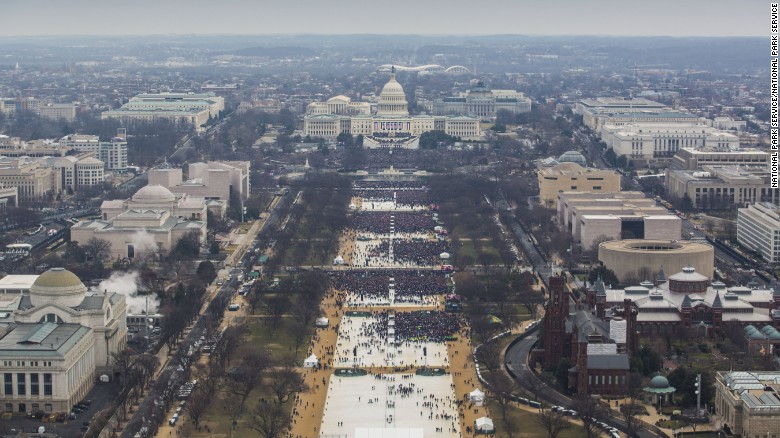 Spicer, the White House press secretary, also reached out to the park service, and a staffer said she understood he asked "for NPS to provide photographs in which it appeared the inauguration crowd filled the majority of the space in the photograph."

The request for additional photographs was relayed to at least two park service photographers who had worked at the event. One told investigators he arrived to his office about 30 minutes after Trump and Reynolds spoke, and that he cropped the photos, including removing "the bottom where the crowd ended."