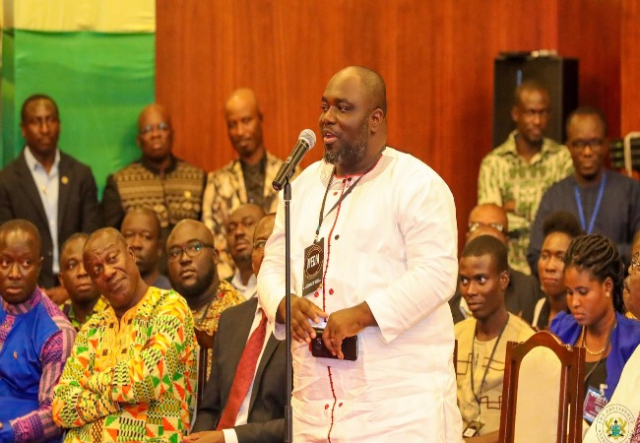 The memorial thanksgiving service for the late Kwadwo Asare Baffour Acheampong came off at the Gethsemane Methodist Church Mamprobi, Sunday.

This followed his interment at the Osu cemetery the previous day.

Valentina Ofori Afriyie is the widow

The late journalist was before his untimely demise the host of Asempa FM’s flagship Ekosii Sen show.

He passed on at the Korle Bu Teaching Hospital on November 18, 2017, after a short ailment.

His death came as a shock to all colleagues and staff of The Multimedia Group and his family.

Many, including Vice-President Mahamudu Bawumia, have described him as a balanced host.