Planting hemp will benefit the environment – Hemp Association of Ghana 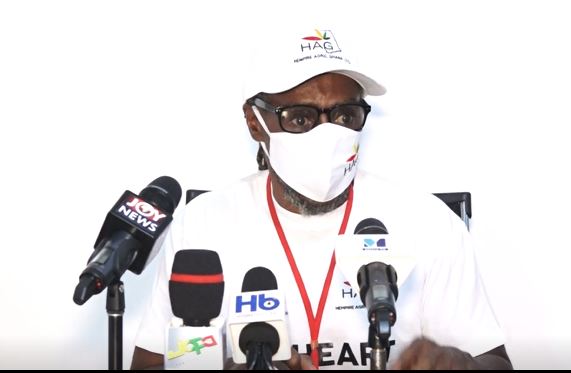 President of the Hemp Association of Ghana (HAG), Nana Kwaku Agyeman, has stated that planting cannabis, also known as hemp, would be of many benefits for protecting the environment.

According to him, hemp could be used to produce wood as well as paper which would be stronger than those made out of trees, which would, in turn, curb the menace of indiscriminate felling of trees.

In an interview in Tema, Nana Agyeman noted hemp could be planted along polluted river bodies, destroyed through the unpatriotic act of galamsey, which had resulted in the poisoning of water bodies.

“Once the river bodies are dredged and hemp planted there, it will clean the water. It will absorb all the toxins into the leaves which will fall off, biodegrade and clean the water,” President of the Hemp Association of Ghana alleged.

Nana Agyeman revealed that hemp had several usages, which most Ghanaians were ignorant about, stressing that it could be used to produce plastics that will biodegrade after 16 weeks, thereby aiding in keeping the environment clean.

“So a plastic bottle or sachet made out of hemp will biodegrade when people carelessly throw them away to litter the environment. It becomes nothing,” he said.

According to him, hemp could be used to make 25,000 things such as cloth, shoes, chair, indicating that there were many possibilities with the cultivation and use of cannabis.

Nana Agyeman noted that blocks made of hemp mixed with lime were 20 per cent stronger and would be beneficial to the environment when used for construction works.

He claimed that structures built with hemp, absorbs carbon dioxide emitted from cars convert it into oxygen and kick it back out.

He explained that planting an acre of hemp would absorb more carbon dioxide and emit pure oxygen for human consumption than an acre of trees.

Nana Agyeman said people make a lot of ‘hullaballoo’ about hemp because they do not understand its benefits as it could be used for industrial and medicinal purposes.

The President of HAG revealed that the association was engaging the Parliamentary Select Committees of the Interior and Defence who are working on drugs law and said the engagement led to an agreement that would allow the cultivation of industrial hemp with a tetrahydrocannabinol (THC) of 0.3 percent.

Meanwhile, information available to the Ghana News Agency in Tema indicated that the Narcotics Control Commission revealed that the country was yet to operationalise the licensing regime because a legislative instrument had not been passed.

Thus the provision relating to cannabis in section 43 of Act 1019 did not in any way constitute the legalisation or decriminalization of cannabis cultivation and/or use.

Meanwhile, Head of Communication and Media Relations at the Narcotics Control Commission, Mr Francis Opoku Amoah, said “the Commission is in the process of submitting to Parliament a Legislative Instrument (LI) that will spell out in detail how one can qualify for a license to cultivate cannabis with less than 0.3 per cent of THC and applicable fees to pay for the issuance of such license.