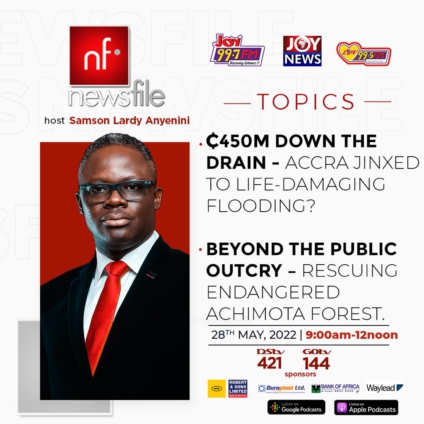 This week, several parts of Accra were submerged twice in four days. The incident happened when the rain started at midnight of Tuesday, May 24.

According to government, it has spent GH₵450 million to curtail the flooding menace in the country, however, with the floods persisting, citizens are certain all that money has gone down the drain.

Also, with new developments in the Achimota Forest saga after parcels of the land were found bequeathed to beneficiaries in former Forestry Commissioner CEO’s will, civil society organisations have raised alarm over the threat of land grabbing by politicians and other public officers.

This and many more will be discussed on Newsfile today.