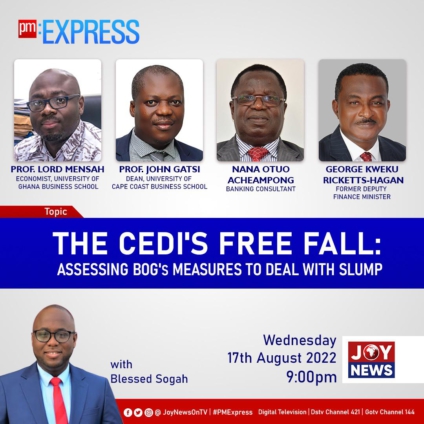 The Bank of Ghana has stated that it is working collaboratively with mining companies, international oil companies, and their bankers to purchase all foreign exchange resulting from the voluntary repatriation of mining and oil and gas company export proceeds in order to increase the supply of foreign exchange to the economy.

According to BoG, this move it believes will strengthen the Central Bank’s foreign exchange auctions, and consequently the cedi.

This comes after a recent currency performance ranking by Bloomberg classified the Cedi as the worst-performing currency across the globe after Sri Lanka’s Rupee.

In less than 8 months, the Cedi has come under intense exchange rate pressure due to its continuous depreciation in relation to some major international currencies such as the Dollar, Pound and Euro.

As a result of these happenings, PM Express tonight assessed BoG’s measures to deal with the slump.