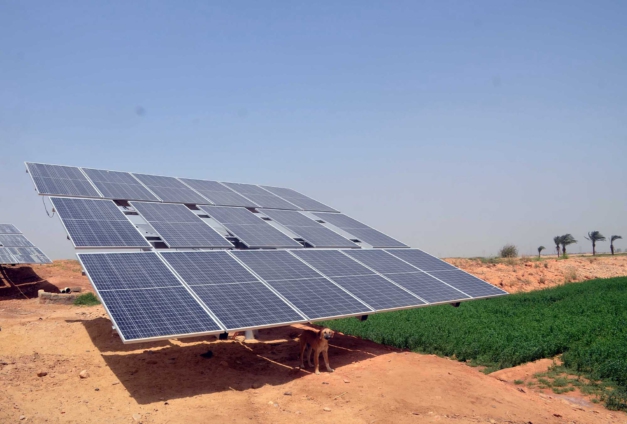 Executive Coordinator of the Strategic Youth Network for Development (SYND Ghana) has highlighted the need to consider the plight of the vulnerable and marginalised in improving access to renewable energy.

According to Chibeze Ezekiel, it is crucial to prioritise these groups if a holistic approach is to be adopted to see an end to energy poverty in Africa.

He made these comments during the Alliance of Civil Society Organizations for Clean Energy Access (ACCESS) Coalition West Africa Regional workshop in Accra on March 4, 2021, which hosted participants from Ghana, Nigeria and Kenya.

Speaking to the media on the sidelines of the event, Mr Ezekiel said his organization is also exploring how to “bring the poor, the youth, and people with disabilities, women groups and others” as far as access to energy is concern.

He further underscored the critical role of civil society organizations in participating in national conversations on the country’s energy mix.

“Once we come up with a strategy, it will inform our action plan in pursuing more advocacy activities, media engagements and engaging relevant state and non-state stakeholders,” he told Myjoyonline.com.

These objectives in terms of promoting energy access, the Coordinator believes, if realised will also give a significant boost among the teeming unemployed youth.

“If you look at our renewable energy masterplan which came out in February 2019, government is envisaging to create about 220,000 jobs by 2030 across the value chain. So again it’s an employment opportunity for young people,” he said.

Also at the event was the International Coordinator for ACCESS Coalition, Jacqueline Kimeu.

Mrs Kimeu told the media of her commitment to among other things augment the workshop with skills that will come in handy in developing the favorable framework to accelerate dialogue among CSOs, policymakers and development partners alike.

“We are also going to work with them to influence the financing mechanisms for World Bank and African Development Bank so that these banks can prioritize financing sustainable energy systems in the country,” she said.

Meanwhile, Chairman for the Kenya Climate Change Working Group (KCCWG), John Kioli is not oblivious of the numerous challenges bedeviling the continent and its drive towards clean energy.

According to him, the critical issue of energy poverty has been further complicated by “vulnerability to climate change effects which together put us in a very bad position.”

On the back of this, Mr Kioli who also doubles as the Executive Director of Green Africa Foundation posited that access to energy is a right hence the need to adapt and facilitate the running of day-to-day activities in a sustainable way.

This includes areas such as healthcare, industry, service sector among others.

The advent of the Covid-19 pandemic even exacerbates this need, John Kioli says.

“Now we have the challenge of Covid-19 and these vaccines need to be refrigerated so if you don’t have access to energy, it poses further vulnerability interms of how we can handle the issues of Covid-19,” he opined.