Police arrest 3 in connection with acid attack on limbs of 14-year-old boy - MyJoyOnline.com 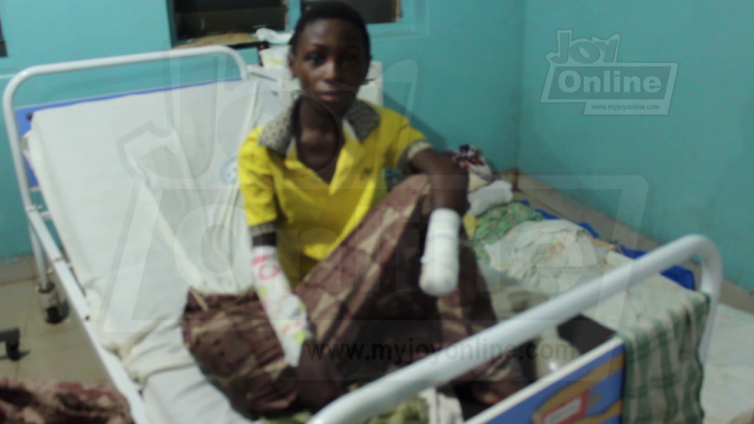 The Nalerigu Magistrate Court in the North East Region has remanded three persons in police custody in connection with acid poured on the limbs of a 14-year-old boy.

The three include the main culprit, Ibrahim Seidu, a teacher at Nalerigu Senior High School who was charged with attempted murder.

The two other suspects are Inusah Mohammed and Inusah Wadudu who were both charged with aiding and abetting the offense of attempted murder.

“When they appeared in court today, their plea was not taken and they have been remanded into police custody for us to continue with our investigations, so they can reappear on May 30, 2022″.

ASP Robert Anibiik stated that, as part of their investigations, they visited the homes of the suspects and retrieved substances suspected to be acid.

“We visited the homes of the suspects and we were able to retrieve a container that has a substance we suspect to be acid of which we want to send to our forensic lab for examination, to enable us to determine whether indeed contains acid and know if that was used spray on the small boy leading to his hands being amputated”.

He also called on the public to assist the police in the fight against crime in the region.

“The Regional Police Command and all of us here in the region, we are doing our best to provide security for the people of the region, and we call on them to continue to support us by giving us viable information.

“It was a good Samaritan who even drew the attention of the police to this barbaric act and we will call on them to continue to volunteer such information to us so that if anybody is found committing any crime, the person can be brought to book”.

The victim’s father, Gideon Wunduwa, who had earlier expressed dissatisfaction with the police handling the case said he’s satisfied with the court’s proceedings.

“I’m now happy because the justice that I was calling for will come, so I’m happy with what happened this morning, the judge, God will reward him for me”.

Mr Wundawa however pleaded with individuals who are trying to influence the matter to stay off and allow the law to take its course.

“If any chief tries to intervene in this case, I am ready. Even if I die and the boy lives, I like it. I want to do something for those who are behind me because I have already seen what I want to see. They have put me in a situation that I can’t talk.

What I’m going through, I don’t want any person to go through that situation in Nalerigu, that is why I am calling for justice, and still standing for justice”.

Meanwhile, relatives and sympathizers visited the Nalerigu Baptist Medical Centre to witness the condition of the boy and offered their prayer and support for him.