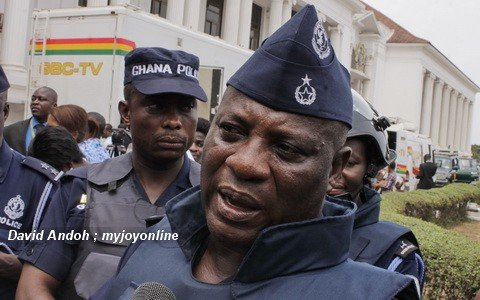 The police administration has described as laudable, the #ArriveAlive initiative by JoyNews to champion greater awareness on road safety.

Describing the #ArriveAlive campaign as “very good”, Mr Yohuno called for the laws to be amended to mete out more punitive measures to drivers who “negligently and recklessly lead people into such casualties.”

COP Christian Yohuno was however peeved at the rate pf which unlicensed drivers are committing life-threatening infractions of the roads.

“Some of these drivers have not even completed basic education, not even J.S.S, not even middle school. They cannot even read. Whether they are in a dangerous curve or not. They cannot even road signs but they all have drivers’ licenses, so I think something must be done,” he said.

JoyNews’ #ArriveAlive campaign is a road safety campaign that aims to find solutions on how to make roads in Ghana safe for all users with a continued discourse on why there are frequent road accidents occurring across the country.

The campaign comes as conversations on road safety have been reignited since a major carnage that occurred on January 14, 2020, at Dompoase junction on the Cape Coast-Takoradi highway which claimed the lives of 34 people, shocking the nation.