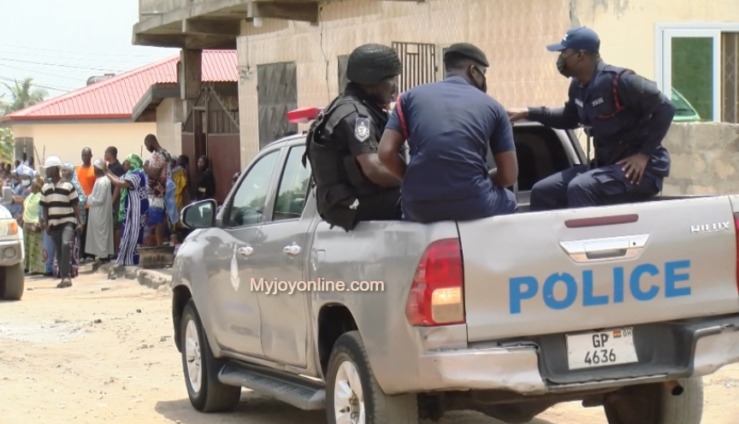 Police investigators are today wrapping up a detailed reconstruction of how a 10-year-old boy was allegedly killed by two teenagers at Lamptey Mills in the Ga West Municipality.

Crime scene experts have spent days taking notes on how the teenagers lured Ishmael Mensah Abdallah to his death.

The two suspects Felix Nyarko, 16, and Nicholas Kiki, 18, told the police after their arrest that the spiritualist demanded a human being as well as ¢5,000 in exchange for riches.

In their bid to meet her demand, the duo admitted to the police that they killed Ishmael Mensah Abdallah, a family friend of the first accused, Felix.

They lured him from his home to a nearby uncompleted building where the second accused, Kiki, hit the back of his neck with the wooden handle of pickaxe and Felix hitting him with a cement block.

The alleged crime left many shocked as the boys are currently facing the charge of murder.

While the court awaits a report on the actual age of the two to determine the way forward regarding the prosecution, investigators are far advanced in their audit of the crime scene.

The Attorney-General, Godfred Yeboah Dame has also directed the police to as a matter of urgency determine the actual age of the two accused persons and ensure they follow the law on evidence in relation to confession.