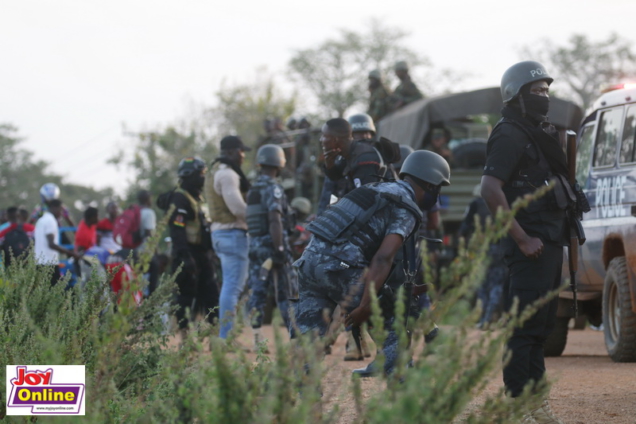 The Police say it has killed five suspected robbers in a series of special Anti-Robbery intelligence-led operations.

Some six others were also arrested in the operation conducted in the past 48 hours nationwide.

Meanwhile, similar operations are in progress in the Northern and Western North Regions.

The full detail will be communicated in due course.

“During the operations, 6 robbery suspects were arrested and five others killed in a gun battle with the Police,” the communiqué indicated.

The Police further hinted at similar operations being undertaken in various parts of the country, including the Northern and Western North Regions.

This is the second issue of such nature in the past month.

On December 12, two armed robbers were killed by the Sawla District Police Command at Kalba in the Savannah Region.

According to the District Police Commander, ASP De-Graft Adjei, his outfit received a distress call at about 2 am that Sunday regarding a robbery incident.

The Police rushed to the scene and were greeted with bullets. The team dispatched retaliated, according to ASP Adjei.

The shoot-out resulted in two robbers being killed while the other accomplices escaped.

On the latest development, Police have assured the subsequent provision of more information in due course.