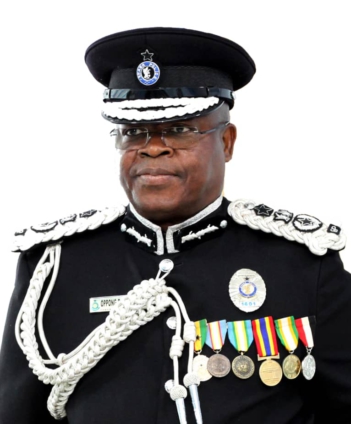 The Director of Faculty of Academic Affairs and Research at the Kofi Annan International Peacekeeping Training Centre (KAIPTC) has advised police spokespersons to learn to communicate strategically at all times.

Prof Kwesi Aning told the host of Joy News’ Newsfile, Saturday, that “the language and choice of words coming from the service will need the support of a professional communicator.”

According to him, this will ensure that the messages are couched in a manner that calms the public and will bring the public on board as collaborators, to solve the current happenings that have brought about anxiety.

“How do you communicate to a people who feel frightened, who feel let down, who feel hemmed-in, by people who are having guns and using them indiscriminately.

“How do you use words of reassurance and to stretch out your hands in a manner that says, please help us? This is a collective challenge; we need a collective solution to the problem that we are facing,“ he said.

His comment follows a statement made by the Inspector-General of Police (IGP), James Oppong-Bonuah, when a police officer was murdered in Adedenkpo, a suburb of Accra, by robbers in the bullion van attack.

The IGP stated that despite the alarming rate of insecurity in the country, citizens should be modest in their expectations from the police.

According to him, several developed countries, including the United States of America, United Kingdom, are still battling robbery cases. Therefore, the recent spate of crime in the country, however alarming, is not peculiar to Ghana.

“We are doing what we can to protect the people of Ghana. There is no society in the world where there is no crime. Even in the USA, UK and Sweden, where they, more or less have everything, they still have crime. The only place that doesn’t have crime is heaven and we are not in heaven,” he said.

Prof Aning said there is no doubt that people do feel insecure in the country after the series of attacks by robbers and the murder of a police officer.

“Because you pick up a gun or an arm against the representative of the state then it means you’ve made a conscious choice also to stand and resist any response that will come thereof.

“So the public’s response to all murders, all attacks will be one of fear, but particularly when an armed officer is then murdered In that manner people feel a sense of fear and to try to dismiss it does not capture the moods of society,” he explained.