Police officer found dead in a hotel room at Nkawkaw 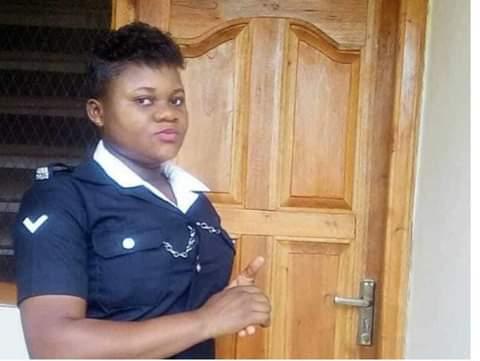 A police officer with the Nkawkaw Divisional Command was found dead in a hotel room at Nkawkaw on Saturday, August 7.

Constable Sarah Adjei of the Master Stores, who allegedly committed suicide, was found lying prostrate on the floor.

She bled from the nostrils and had a swollen right cheek.

According to police sources, the manager of the hotel had gone to check up on guests on Saturday evening and found the police officer dead.

After a search was conducted, a note addressed to one Timothy Dampare was found in her bag.

According to the note, the man failed to help her settle her debts after promising her.

The police are yet to comment on the case.

The Nkawkaw District Police Commander, Superintendent Victor Kwakye, when contacted promised to speak after he was done with a meeting with his superior.

The latest death of an officer comes after another female personnel was found dead at her home at Damongo in the Savannah Region, barely a week ago.

This was announced in a statement issued by the Ghana Police Service on Monday, August 2, 2021.

According to the police, the victim was found in a pool of blood with wounds believed to be from knife stabs.

The police in the statement said they are on a manhunt for the boyfriend of the deceased.