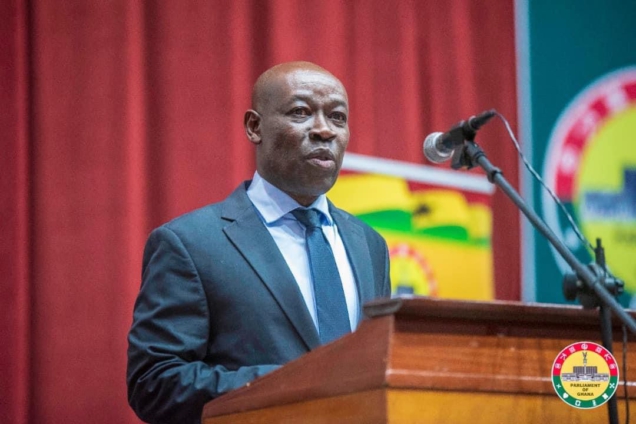 This case preserved the voting rights of a Deputy Speaker even when he’s presiding over Parliamentary proceedings.

The unanimous decision of the Apex Court rejected arguments advanced by Mr. Abdulai on the Political Doctrine question.

This doctrine is defined in the Black’s Law dictionary as a “question that a court will not consider because it involves the exercise of discretionary power by the executive or legislative branch of government.”

The Supreme Court in its decision noted that “…it is clear that the framers of successive Constitutions of Ghana have consistently moved in one direction, away from Parliamentary sovereignty towards
constitutional supremacy, wherein sovereignty resides in the people of Ghana and no authority or no institution is above the law. The sole arbiter of the constitutionality or otherwise of acts, omissions and enactments, according to Article 2 of the 1992 Constitution, and going as far back as the 1969 Constitution, has been the Supreme Court.

“It is also the sole body vested with the mandate to interpret and enforce the Constitution. In exercising its interpretative and enforcement mandate, the Court has power to adjudicate all and any allegations that any acts, omissions and enactments are inconsistent with and in contravention of the Constitution without the exceptions tendered to be suggested on grounds of the doctrine of political question.

“This Court has predominantly, on a preponderance of the authorities, long held the view that the political question doctrine does not apply within our jurisdiction”.

But speaking at the Speaker’s Seminal Lecture, Mr. Sory argued that the Supreme Court got it wrong. He quoted portions of the Court’s Judgement in support of his conclusion.

“…we would have no difficulty in reaching the conclusion that Parliament is and ought to always be the master of its procedures, orders and practices, without hindrance from the Court.”

Mr. Sory says this concession by the Court that its jurisdiction will not be properly invoked to determine matters of procedure and practice within Parliament are clear statements properly belonging to the domain of the political question doctrine.

“My submission on the parts of the judgment so far quoted which demonstrate that the Court concedes that it is not every matter which comes before the Court in which the acts or omissions of another branch of government is questioned that the Court will exercise its jurisdiction, is that, the Court clearly admitted the doctrine of non-justiciable political question as part of the constitutional law of Ghana,” Mr. Sory said.

He argues that this position has been affirmed in many other decisions of the Supreme Court.