Prince Harry gets job at BetterUp in California 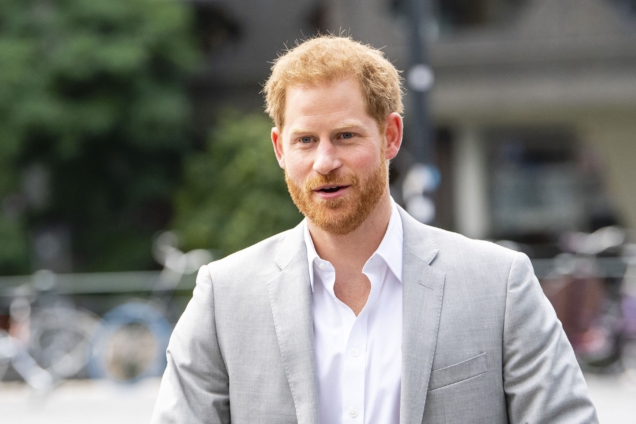 Prince Harry has taken up a new job at a coaching and mental health business in California.

The Duke of Sussex has been appointed Chief Impact Officer at BetterUp, where he will have input into things such as product strategy decisions and charitable contributions, as well as speaking publicly about topics related to mental health.

BetterUp was founded in 2013 and provides mobile-based professional coaching, counselling, and mentorship.

It added: “As co-founder of Archewell, he is focused on driving systemic change across all communities through non-profit work as well as creative activations.Advertisement

“The mission across Archewell – which currently includes Archewell Foundation, Archewell Productions, and Archewell Audio – is united behind the deeply held belief that compassion is the defining cultural force of the 21st century.”

The website profile also mentioned his work as founder of The Invictus Games, a sporting event for wounded or injured service personnel; Sentebale, a charity in Lesotho started with his friend Prince Seeiso in memory of their mothers’ work around HIV; Travalyst, a non-profit entity comprised of online travel agencies; and his position as president of African Parks, which works to protect the continent’s ecosystems.

Harry and his wife Meghan, Duchess of Sussex, announced they were stepping back from royal duties in January 2020 to move across the Atlantic.

Last month, Buckingham Palace announced they had left the Royal Family for good, confirming they will not return as working members of the family and that they would lose their patronages.

Earlier this month, they were interviewed by Oprah Winfrey and made a number of startling claims about the path their lives had taken since their wedding in May 2018.

The couple accused an unnamed member of the Royal Family – not the Queen or the Duke of Edinburgh – of raising concerns about how dark their son Archie’s skin tone would be before he was born.

The duke also said that none of his relatives spoke in support of Meghan following the racism he said she faced in the media, with the duchess saying she suffered suicidal thoughts in response to the attacks.

The Royal Family was finally forced to release a statement responding to the claims, saying the race issues brought up in the interview were “concerning” and would be “addressed by the family privately”, but added that “some recollections may vary”.

DISCLAIMER: The Views, Comments, Opinions, Contributions and Statements made by Readers and Contributors on this platform do not necessarily represent the views or policy of Multimedia Group Limited.
Tags:
BetterUp
California
Chief Impact Officer
Duke of Sussex
Prince Harry