Protests ahead of ruling on Namibia gay man’s twins 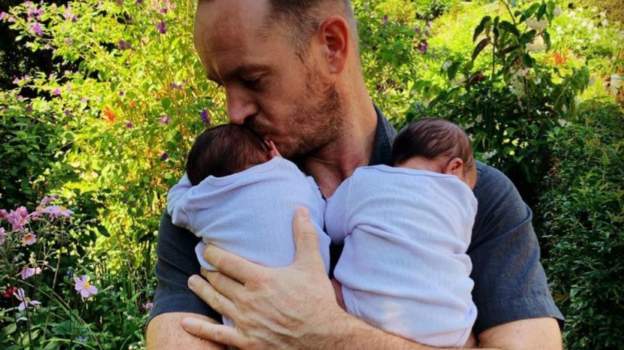 Protesters have taken to the streets in Namibia ahead of a court ruling on whether a gay father can return home from South Africa with his newborn twin daughters, who were born to a surrogate mother.

He says the South African birth certificate recognises him and his Mexican husband (Guillermo Delgado) as the twins’ parents, not the surrogate mother.

Namibia does not allow same-sex marriage.

Activists have decried the government’s stance saying it is discriminatory and undermines equality especially for members of the LGBTQ community.