Qatar 2022: Gyan may just be expressing a thought, but why are some soccer fans still angry at him? 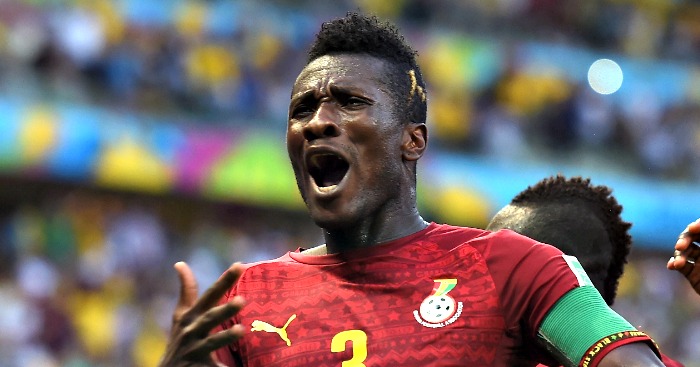 On the night when Ghana beat Czech Republic in the second group match in the 2006 World Cup, in Bad Godesberg, a borough in the German city of Bonn, which lies south of the North Rhine-Westphalia, Mia Meyer, then 26, sat with her friends at a nearby pub, five blocks from an apartment she shared with grandmother, celebrating.

The pub was noisy with football fans, mostly Germans.  Germany was hosting the tournament for the first time since 1974, when the then West Germany hosted it.

In the weeks leading up to the tournament, the far-right National Democratic Party and other neo-Nazi organisations, embarked on a campaign to object the arrival of African football fans. But other Germans organized a counter demonstration and called out the groups.

Then Germany’s Vice Chancellor Franz Müntefering accused the far-right groups of trying to turn the tournament into a propaganda tool, to further the spread of hate against foreigners.

Mia took part in the demonstration held in Gelsenkirchen, one of the venues for the tournament. She wanted the world to see Germany as a country that embraces everyone, despite a well-documented notorious past.

Mia’s relationship with Africa was first formed at the age of 19 in Uganda’s capital Kampala, where she worked with a co-operative union devoted to working to improve the living standards of rural women.

Mia devoted her time to following the matches of Ghana, Togo, Angola, Ivory Coast and Tunisia.

“Viva Africa,” she said with a clinched fist to the skies. Wearing a tattered jeans and a sleeveless black t-shirt with the African map embossed at the front, Mia beckoned the barman at the counter to refill her jar.  Fidgeting with her silver ring on her left thumb, she tapped her feet to the tournament’s theme song The Times of Our Lives, by II Divo.

“Your country was so good,” she said to a neighbor, a Ghanaian resident who had just emerged from the train station looking haggard from celebrating the victory at a fan park in Cologne.  Their conversation was mostly in German and they will both lavish praises on the team.

For Asamoah Gyan, it was more of his celebration that caught Mia’s eyes.  She was fixated on his dance moves and was hopeful to see more from the striker.  Ghana’s fairytale came to an end at the 1\16 stage, when they lost to Brazil by three goals to nothing.

Fastforward to 2010 and Ghana again made it to the tournament in South Africa. At the time, I had been juggling several freelance jobs for some foreign media outlets, doing videos, photos and text stories about how the country’s participation in the World Cup was going to reflect on the economy, especially for small business owners. There was a great deal of goodwill for the national team which also boosted businesses. After qualifying out of the group stage, Ghana faced the United States and yet again, Asamoah Gyan dispatched the Americans when he scored a brilliant winner. Ghana was in the quarter finals. The victory created a cloud of optimism among football fans especially in Africa.

I watched the game against Uruguay from a giant screen mounted right in the heart of Oxford Street, Osu. It was a lively atmosphere. The venue was packed with fans who were just waiting to celebrate yet another victory.  I was standing on top of a van which gave me a perfect view of the spectators. The place erupted when the penalty was awarded to the stars.  Even before Asamoah Gyan picked the ball to play the penalty, everyone knew the ball was at the back of the net.  In the eyes of the fan, Gyan could do no such thing as missing a penalty; it’s not in his DNA. I was listening to BBC 5LIVE commentary when the commentator said he had missed. I was crippled by sadness. Because of the delay between radio and tv most fans did not know what had happened. They therefore raised their hands to celebrate when the failed to go into the post. There was deafening silence-then tears began to stream down the cheeks of some. People who were consuming alcohol and meat on stick (khebab) lost appetite.  It was going to be a long and lonely night.

Asamoah Gyan was suddenly a villain in the eyes of those who were ready to even kiss his feet.  Every good thing he did up until that time was buried. People still make reference to that incident anytime they want to get at him. This week when he spoke to the BBC and said he will be interested in playing for the team in Qatar, not everyone was receptive to the news. Apart from his own lack of fitness which he admitted in the interview, his critics descended on him, some labeling him as a “joke.”

I am not one of those who want him to be selected for the national team but despite all the good things he has done for this country, if an innocuous interview could generate this much resentment towards a man who brought us so much joy, then we have not moved on from 2010.

DISCLAIMER: The Views, Comments, Opinions, Contributions and Statements made by Readers and Contributors on this platform do not necessarily represent the views or policy of Multimedia Group Limited.
Tags:
Asamoah Gyan
Football
Soccer fans