Qatar 2022: We could have developed even better if we had more time – Otto Addo 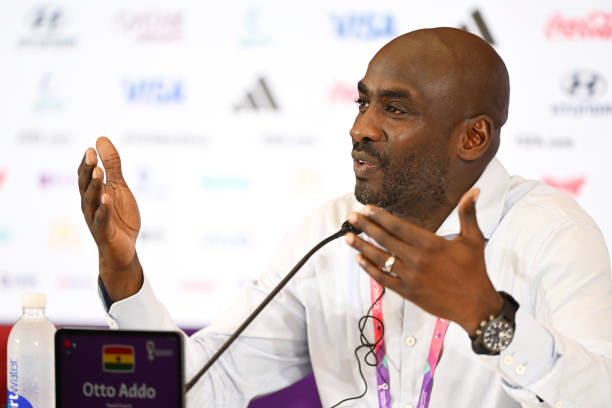 Former Black Stars head coach, Otto Addo, says the team could have done better at the 2022 FIFA World Cup in Qatar if the technical team had enough time with them.

The 48-year-old was the head of the technical team which was appointed following the dismissal of Milovan Rajevac after Ghana’s poor outing at the 2021 Africa Cup of Nations.

Addo, Chris Hughton, George Boateng and Mas-Ud Didi Dramani were all hired in February prior to the World Cup playoff game against Nigeria in March.

Despite the short period between their appointment and the game, the technical team managed to secure Ghana a ticket to Qatar courtesy of a Thomas Partey away goal against the Super Eagles.

But the Black Stars failed to progress from Group H at the World after suffering defeats to Portugal and Uruguay while also beating South Korea and Addo says limited time with the team played a role in their early exit.

“The windows we had were June, September and World Cup so there was not much time,” he told the media at a briefing on Saturday, December 3.

“Surely this is normal. If we will have had more time together, we could have developed even better. I saw a lot of processes and I know it is difficult for a lot of people to understand.”

Addo announced his resignation from his role as head coach with immediate effect following the defeat to Uruguay which saw Ghana exit the World Cup on Friday.

DISCLAIMER: The Views, Comments, Opinions, Contributions and Statements made by Readers and Contributors on this platform do not necessarily represent the views or policy of Multimedia Group Limited.
Tags:
Black Stars
otto addo
Qatar 2022
World Cup