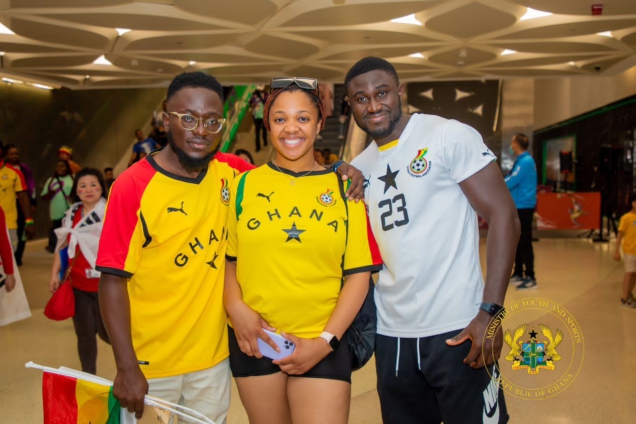 The Minister of Youth and Sports, Mustapha Ussif, has warned that supporters who resell Ghana match tickets could face court action in Qatar.

According to him, some people are in police custody facing criminal charges for the resale of tickets in the FIFA World Cup.

“The Police and the various agencies are always at the stadiums monitoring things, we have toiled to get you tickets, we don’t want any of you to go out and sell the tickets we have given you,” Ussif said during a meeting with the supporters at their base Doha, Almadaen Complex.

He revealed that Ghana Mission to Qatar has received evidence of people facing court action, though he did not state categorically if they are Ghanaians.

“So far, the authorities have arrested some people and taken them to court, they have sent the evidence to the Ambassador, we don’t want anybody to fall into this.

“We are appealing to you not to get yourselves involved in acts like that. We will work to make sure you all get tickets to the stadium, but once you have it, protect it; don’t lose it for someone to pick it up to go and sell,” he advised.

DISCLAIMER: The Views, Comments, Opinions, Contributions and Statements made by Readers and Contributors on this platform do not necessarily represent the views or policy of Multimedia Group Limited.
Tags:
Mustapha Ussif
Qatar
World Cup