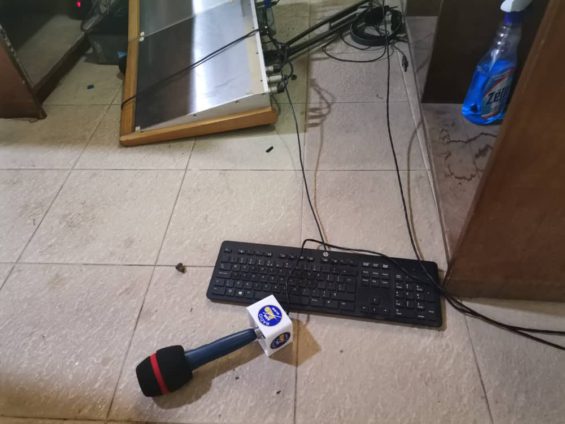 Management of Radio Ada has disclosed that from January 23, the station will resume partial operations.

The station was attacked by some unknown thugs on January 13 for comments made on one of their programme- ‘Manor Munyu’.

In a statement circulated on WhatsApp, the Management of the station revealed that, “sufficient progress has been made to enable a partial resumption of operations.

The statement further indicated that, “The station from today, shall be operating partially without some of its usual programmes until the 24th anniversary of the station on 1st February, 2022, when full operations shall resume”.

The Management thanked all individuals and stakeholders who showed solidarity, following an invasion and attack which occurred at the station’s premises in Ada.

On January 13, thugs attacked the premises of Radio Ada, a community radio station at Ada. The incident is reported to have occurred on Thursday morning. The reports indicated that the thugs, numbering about 10, destroyed equipment and furniture in some of the station’s offices and manhandled two staff members over the content aired on one of the station’s programmes.

They later went into one of the studios and attacked the presenter and destroyed equipment. The Head of Programmes and External Communications at Radio Ada, Julius Odoi, who confirmed the incident, said “the presenter in the studio shut the door, when he realised that the thugs were on their way in, but they forced their way and started slapping him”. Management of the station then reported the incident to the Police in Ada.

Reacting to the development, Minister for Information, Kojo Oppong Nkrumah urged the Police administration to ensure that the attackers of Radio Ada face the full rigors of the law.

Speaking to pressmen in Accra, the Minister condemned the attack and asked the Police to ensure that the culprits are held responsible for their actions. He stressed that the media are guaranteed the necessary freedoms to go about their work in this country.

“There is no justification for a group of people to physically attack a radio station and its staff for comments they have made on air. Even if a party is aggrieved at the comments made, there are legitimate and legal avenues for seeking redress. But such conduct cannot and should not be allowed to go unpunished.

The National Media Commission or the courts constitute legitimate places to register displeasure at the conduct of the media if one is unhappy about any content published. Where even content has potential to offend the security of the area, the Police may be informed to take the necessary action through legal means. But attacks of this nature are totally unacceptable and the perpetrators must be identified, investigated, prosecuted and sanctioned”, he stated.

Meanwhile, Police are currently investigating the incident in order to bring the perpetrators to book. The Police have also urged the general public to volunteer any relevant information, which can facilitate the apprehension of the culprits.