65-year-old receptionist of Radio Ada shares how she faced off with hoodlums during attack - MyJoyOnline.com 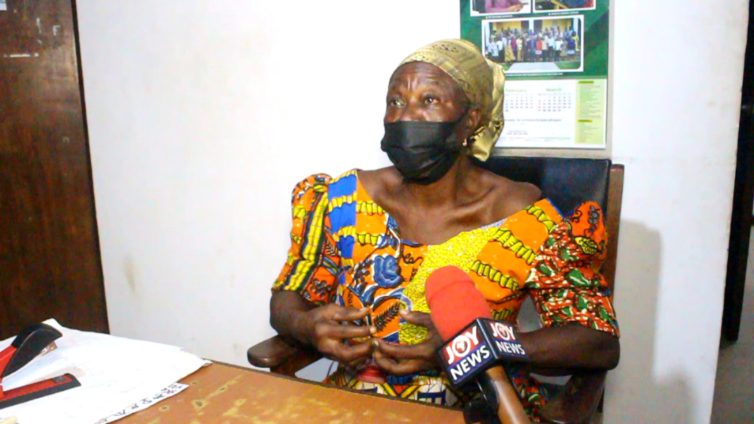 JoyNews sources have revealed that before the about eight hoodlums could make their way into Radio Ada’s studios and other offices to carry out the attack, last week, 65-year-old receptionist, Ruby Ate, faced off with them.

Last Thursday, the station was attacked by some people who vandalised properties and manhandled some staff at the station over the content aired on one of the station’s programmes- ‘Manor Munyu’.

The attack is the first of its kind in the over two decades Radio Ada has been operating as community radio station in the Greater Accra region.

In her multicoloured African print, scarf and face mask, Ruby Ate waved at a few people around and took her seat to begin work on the day of the attack.

The receptionist feels she could have done more during the incident to save herself and colleagues but for her age.

She narrated to JoyNews how the heavily built men wielding a pistol, maltreated her.

She said she struggled with the thugs before they broke into their studios and other offices to unleash mayhem.

“They initially asked to see our Deputy Station Coordinator, Noah Dameh, but I told them he had travelled. Finally, one of them pushed me into my seat as he tightly held my hand.”

“From that point, I shouted at him and asked him if he would beat me. Suddenly, they all surrounded me. Some later left to force their way into the studios and the offices and restricted me to my seat,” she revealed.

She said attackers then vandalised the studio equipment, physically assaulted staff and visitors for about 15 minutes amid threats to visit more attacks on them should Radio Ada ever discuss anything on Songor lagoon.

For Ruby Ate, the night after the attack was equally troubling as she couldn’t sleep due to trauma and pain.

“That night, I was in severe pain and helpless. I still feel the pain as I can barely lift my hand. The Police gave me a medical form, and after visiting the hospital, I have been asked to come back for an X-ray,” she narrated.

According to her, the staff of Radio Ada are not safe since it’s unclear whether the attackers would ever return and what would follow.

Member of Parliament for the area, Comfort Doyoe Cudjoe, has appealed for special protection for the staff to create a safe environment for journalists in general.

“I am calling on the President as a Human Rights Lawyer to speak up and make sure he protects our vulnerable journalists. It is bad news for Ada,” she said.

She has also promised to help install CCTV cameras to improve security at Radio Ada and assist the station with funds.

The Police at the Divisional, Regional and National levels have taken up the matter and assured the staff of helping them with resources available.

The Service has since placed a ¢10,000 bounty on the heads of the thugs who attacked the station and assaulted some staff.

In a statement, the Police said a team of investigators and intelligence officers from the National and Regional Headquarters have liaised with the Ada Divisional Command to investigate the unfortunate incident.

“We will do everything possible to find those thugs and deal with them according to the laws of this country. To this end, the Police Administration has placed ¢10,000 bounty as an informant reward for anyone who offers a piece of credible information leading to the arrest of the thugs who invaded and vandalised the Radio Station and assaulted the staff,” the police statement said.