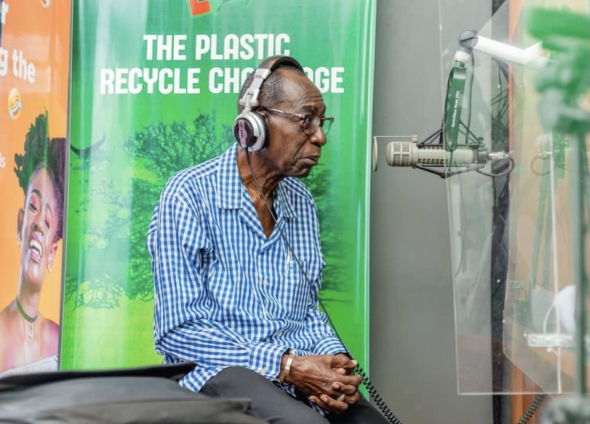 Veteran Ghanaian broadcaster, Mike Eghan, also known as The Magnificent Emperor has disclosed that the six decades of his life that he spent as a radio broadcaster brought him a lot of fame but not much money.

Mike said this while he was talking to host, Rev. Erskine on the Y Leaderboard Series segment of the Myd-Morning Show on YFM about how and when he finally decided that it was time to put his broadcasting career to bed.

“There’s a time to call it a day with every profession. You can’t do it forever so I have done my bit and if modesty will permit me, I’ll say I’ve chalked some successes and I must say I’ve failed in some areas so I thought I should call it a day”, he said.

He stated that although he misses radio very much, his time at that has ended.

Nevertheless, he noted that he is still very grateful to everyone who helped him out with his adventurism and building his go-getter attitude.

According to him, his Mike Eghan show became popular because of the kind of people he interviewed.

Sharing a fond memory of how famous radio made him, he narrated, “I remember on one occasion, I went to the airport to see someone off and there was a father with his children trying to board the Ghana Airways plane.

“Those days, it wasn’t easy boarding the Ghana Airways plane so it was a struggle. This little girl whose father was busily trying to get attention from the counter was pulling her father to look at me, that she had seen Mike Eghan”.

Mike mentioned that this was just an instance of how famous radio made him.

So famous that even little children recognized him, however, “the fortune was not much”, he confessed.

Mike noted that nevertheless, he still enjoyed those days because to him, it was more about doing what he was passionate about than making money.

Mike Eghan, now 85 years old, worked with GBC as a show host and in the late 60s and early 70s he served as a freelance broadcaster and a presenter for the BBC World Service.

His television talk show, Mike Eghan Show, was a GTV programme which was broadcast as part of URTNA (Union for Radio and Television Networks for Africa) was a never-to-be-missed feature in many African countries.

Mike Eghan has won several awards, including the Grand Medal Civil Division for his meritorious service in the Media

DISCLAIMER: The Views, Comments, Opinions, Contributions and Statements made by Readers and Contributors on this platform do not necessarily represent the views or policy of Multimedia Group Limited.
Tags:
GBC
Mike Eghan
Mike Ethan Show