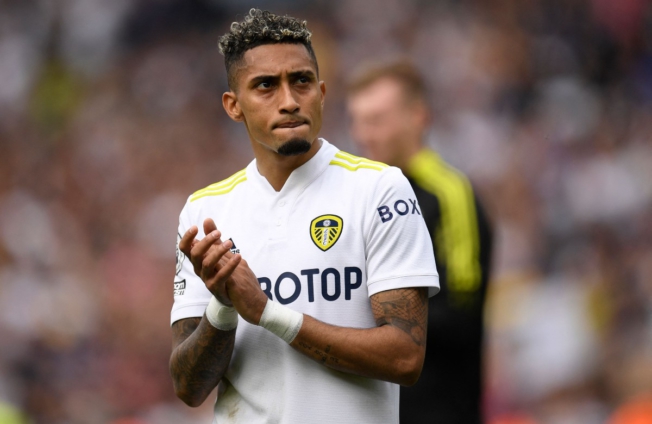 The deal for the 25-year-old Brazil playmaker is reportedly worth an initial 58m euros (£49m).

“I’m hopeful for him to get this deal done because I know it’s his dream to play for Barcelona,” Marsch said during the club’s tour of Australia.

The player looked set for a move to Chelsea before Barcelona expressed interest in him.

Premier League sides Arsenal and Spurs were also understood to have been keen on the former Rennes player but his preferred choice has always been the Catalan club.

Marsch said the money for Raphinha and from the sale of midfielder Kalvin Phillips to Manchester City “allows us to take the club on the next steps we need to go in the future”.

It is understood the fee for Raphina’s move to the Nou Camp could eventually rise to 65m euros (£54.7m) with add-ons.

Raphinha moved to Leeds from French side Rennes for £17m in 2020 and has two years left on his contract at Elland Road. The French club are believed to be due a sell-on fee based on the profit Leeds make.

Marsch omitted Raphinha from the Whites’ travelling party for a three-game tour of Australia in the hope his future could be resolved swiftly.

The winger did however return to training at the club’s Thorp Arch training ground with the remainder of the squad.

DISCLAIMER: The Views, Comments, Opinions, Contributions and Statements made by Readers and Contributors on this platform do not necessarily represent the views or policy of Multimedia Group Limited.
Tags:
Barcelona
leeds united
Raphinha