Rawlings hated democracy, he was dragged to it kicking and screaming – Gyimah-Boadi 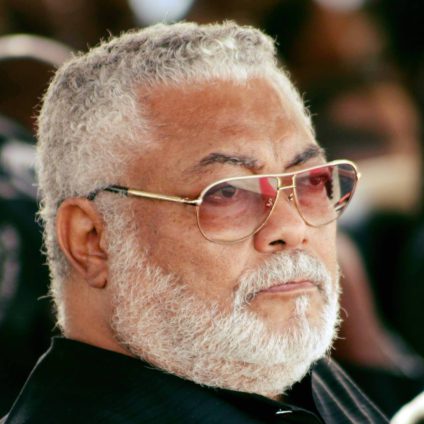 The Board Chairman of Afrobarometer, Emmanuel Gyimah Boadi has emphatically rejected the claim that late former President Jerry John Rawlings is the father of Ghana’s Fourth Republic and by extension a hero of democracy.

According to the former Executive Director of CDD-Ghana, Jerry John Rawlings did not believe in democracy and when the system of governance was thrust upon him, he treated it with disdain.

“The man did not believe in democracy. He said so himself, and the records are public. This “father” never wanted the child. The child was forced upon him, and he showed his disdain by abusing the child,” Gyimah-Boadi said in an opinion piece.

He added that, to call Rawlings the father of the Fourth Republic “is to insult the sacrifice of those who toiled, bled, suffered detention without trial; lost their jobs, businesses, limbs or lives; or went into exile in the long struggle against military dictatorship under J.J. Rawlings and for restoration of democracy in Ghana.”

“If we call J.J. Rawlings “the hero” or “a hero” of Ghanaian democratisation in the Fourth Republic, what then shall we call Professor Adu Boahen who broke the culture of silence, Kwesi Pratt, Kweku Baako, Akoto Ampaw, etc., who led the pro-democracy agitations of the 80s and suffered persecution and imprisonment?” he said.

According to him, Rawlings’ distaste for democracy and the rule of law pushed him to disrupt the transition to democratic constitutional rule under the Fourth Republic.

“Events and developments in that interregnum virtually foreclosed the Limann government and the Third Republic’s chances of succeeding,” he said.

Emmanuel Gyimah Boadi in a long list of issues to buttress his point to the devastating blow Rawlings dealt to Ghana’s democracy, mentioned among other things, Rawlings’ assertion of violence as part and parcel of Ghanaian politics, muzzling free expression and free media and undermining the judiciary and judicial independence through intimidation and name-calling.

“The “YESSA MASSA syndrome” afflicting public administration in Ghana even today must be seen as the long-term effect of J.J. Rawlings and his PNDC executive appointees bullying and intimidating senior public servants,” he said.

He, further describes the 1992 Constitution as Rawlings’ most significant and more lasting damage to Ghana’s democratic development.

“This Constitution, or at least as it has been understood and practised in the Fourth Republic (beginning in the first and second terms of J.J Rawlings’ inaugural presidency) unduly over-concentrated power in the presidency and the executive branch of government at the expense of the legislature and judiciary and other horizontal accountability institutions (Electoral Commission, Commission for Human Rights and Administrative Justice, Auditor General, etc).

“The Constitution gives the President vast appointing and patronage dispensing authority, which is typically used to perpetuate winner takes all practices (appoint party functionaries as CEOs/Chairs and members of the most important public boards, state councils, public enterprises and/or contractors for government projects) and keep the District/Municipal/Metropolitan Assemblies and their substructures in the grip of the President,” he said.

According to him, Rawlings did not voluntarily concede to democratic rule, “If anything, he was dragged to it kicking and screaming.”

“The regime was compelled to execute a democratic transition on account of external and internal anti-military rule and pro-democracy developments in the late eighties and early 1990s, but certainly not to the point of crowning J.J. Rawlings the founder/architect of democracy in Ghana’s Fourth Republic.”

“As an elected President, J.J. Rawlings struggled to comply with democratic norms and treated the opposition NPP as well as his own party, the governing NDC with utter disdain,” he stated adding that “as a former President, he arrogated to himself the right to hector the two immediate successor Presidents and governing parties.”

Mr. Gyimah-Boadi is convinced that Rawlings’ quick turnaround to embrace Democracy, especially under the Akufo-Addo administration is because things were finally going his way.

“His first daughter, Ezanetor Rawlings, had become an NDC MP; His wife Nana Konadu Agyeman Rawlings had founded and was leading her own party, in addition to being allowed to take back real estate she mainly acquired during her husband’s time in office as Head of State, particularly under Akufo-Addo/NPP. And; He himself was enjoying the status of a statesman plenipotentiary extraordinaire and “consigliere” in the Akufo-Addo/NPP administration,” he said.

“The late President Jerry John Rawlings was no democrat, [and] that it is wrong, or at least a huge exaggeration, to confer on him the title of “Father”/ or “Founder” of Ghana’s 4th Republican democracy,” he concluded.

DISCLAIMER: The Views, Comments, Opinions, Contributions and Statements made by Readers and Contributors on this platform do not necessarily represent the views or policy of Multimedia Group Limited.
Tags:
Democracy
Emmanuel Gyimah-Boadi
Ghana
Rawlings