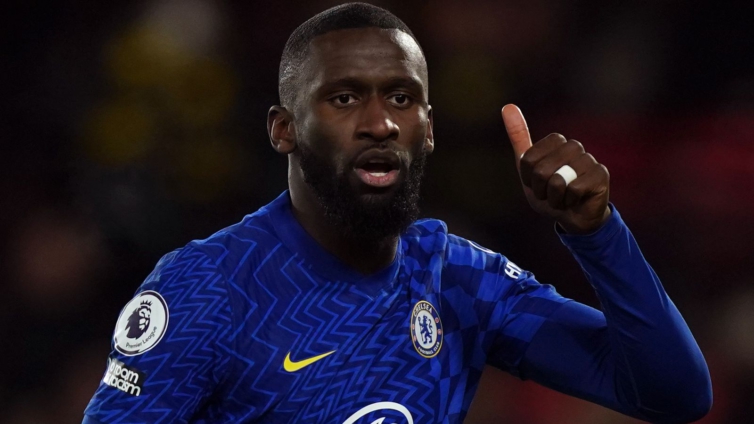 Real Madrid have confirmed the long-awaited signing of Chelsea defender Antonio Rudiger on a four-year deal.

The 29-year-old will move to the Bernabeu on a free transfer after he turned down the Blues’ attempts to renew his contract.

Sky Sports News reported last month Rudiger was set to join Real after choosing the newly-crowned European champions over a host of other elite clubs, including Paris Saint-Germain, Juventus and Manchester United.

Real say they will present Rudiger as their player at a ceremony on June 20.

Writing on Twitter, he said: “I’m proud to announce that I’ll be joining Real Madrid. I’m super excited for all the challenges ahead and can’t wait to play my first games for this huge club.”

I’m proud to announce that I’ll be joining @RealMadrid 🙏🏾💪🏾🙌🏾 I’m super excited for all the challenges ahead and can’t wait to play my first games for this huge club. #HalaMadrid #AlwasyBelieve #Hustle pic.twitter.com/zol5Z0NJbe

Chelsea added: “Chelsea Football Club thanks Toni for his contribution to our success over the last five years and wishes him well in his future career.

“He departs with 203 appearances and 12 goals to his name, in that time establishing himself as one of the most passionate characters to represent the club in recent memory.”

Rudiger joined Chelsea from Roma five years ago, and won the 2018 FA Cup in his first season at the club under Antonio Conte.

He then helped the Blues to Europa League glory in 2019 under Maurizio Sarri, but struggled for games under the Italian’s successor, Frank Lampard.

Rudiger was attracting interest from clubs looking to take him on loan in January 2021, until Lampard was sacked and replaced by Thomas Tuchel, who immediately restored his countryman to the starting XI.

The former Stuttgart and Borussia Dortmund defender was instrumental in Chelsea’s Champions League success at the end of the 2020/21 season, as well as their Club World Cup win earlier this year.

How Chelsea’s delay cost them Rudiger

Rudiger was set to sign a contract extension with Chelsea in October 2020 after the club agreed to let him go on loan.

Rudiger was not a regular under then manager Frank Lampard but was happy to extend his deal by a further year until 2023 provided he was loaned out, with interest from PSG, AC Milan and Tottenham. However, Rudiger felt Chelsea took too long to close the new terms of the contract and no deal was signed.

Chelsea offered him a new contract in August 2021 worth £140,000 a week, which Rudiger rejected. Real Madrid, Juventus, Barcelona, PSG and Bayern Munich all held talks with his representatives over a free transfer. Manchester United were also thought to be interested.

Rudiger will be one of the highest-paid players in world football at Madrid.