Reality Zone with Vicky Wireko: BA’s calypso dance – We are not ready for the tune 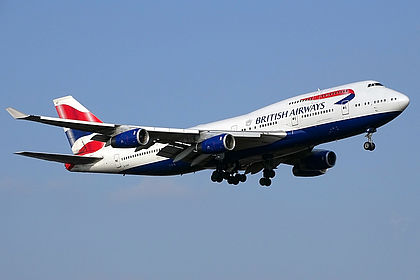 Did anyone hear with me a news item in the course of the week which said that British Airways (BA) has made a U-turn with its flight destination from Accra to London? The BA flight from Accra to London, effective the end of October 2021 will now be terminating at Gatwick and not Heathrow airport as the case is.

What is going on here with this calypso dance?

Last week in this column, I welcomed the listening ear that BA had shown its Accra-London bound passengers by rescinding a decision it made last year to transfer its Accra-London flight from the plush Heathrow Airport to Gatwick. That decision should have happened this March.

However, having taken into consideration some supposed interactions and negotiations that had earlier gone on between officials of the government of Ghana and BA officials; BA rescinded its decision for the flight from Accra to disembark at Heathrow.  Some regular passengers clapped for that.

Then what happened? Just days after the acknowledgement to BA in my column, they have come this time with their dancing shoes fully laced up doing a step back and another step forward. In their calypso dance, they have made a turnaround telling us this week for sure that the move to Gatwick airport will definitely be on in October this year.

It looks like this time the British airline has made up its mind for good and re-rescinded its own decision of just a few months ago. Information available at myjoyonline indicates that the airline has already effected the change in airport on the airlines’ online booking system.

I was determined to verify that and so I went on their online booking system to book a multi-city flight leaving Accra in September through London and returning in November, again through London.

According to a circular quoted by some news sources, BA is attributing the sudden turn around as due to “operational reasons”. The circular continued, “Our Accra services will now revert to departing/arriving from London Heathrow until end of October.”

It ended with an apology, “We apologise for any disruption or confusion this may cause”, the circular concluded.

Certainly, it has been a confusing calypso dance with our steps completely disrupted. Of course, no one can dictate to BA the way and manner it should run its business. However, every business knows that stakeholders are a key resource when it comes to the wellbeing of the business.

That is why businesses would make conscious efforts in their PR strategy to engage their stakeholders and live together in a mutually beneficial relationship for predictable outcomes. Stakeholder consultation or engagement is as good for the wellbeing of a business concern as its sales strategies for example.

Mutual respect which will lead to support and loyalty is the underlying factor. It may not add directly to the bottom line but it is a facilitating factor.

If doing a multi-city trip through London after October on BA would mean the inconvenience of travelling across airports and not just terminals for connecting flights, there is a problem. The problem is the cumbersome nature of moving from airport A to B whereas previously it was not so.

So was the decision taken to move flights from Accra to Gatwick considered holistically with international connections and passenger convenience in mind? BA certainly has not treated passengers from Accra fairly. Yes, it is their call to make because it is their business but is business a one-way route?

BA has co-existed peacefully, though sometimes with shaky interjections, with Ghana. Indeed, to have continued operations for 80 years in this country meant that they had confidence in the kind of business that has existed here.

They themselves acknowledged this at their 80th-anniversary celebration in 2017. They have appreciated the partnership over the last eight decades. There are many foreign businesses that have folded up before our eyes in the last 80 years for lack of business sustainability.

For now, it is certainly a monopoly business with passengers probably at their beck and call.  How about if the stakes change one day and competition shows up in a buyer’s market? The customer will surely be king.

The calypso dance is on but the tune is so uninviting that we are confusing our steps.

DISCLAIMER: The Views, Comments, Opinions, Contributions and Statements made by Readers and Contributors on this platform do not necessarily represent the views or policy of Multimedia Group Limited.
Tags:
Accra to London
British Airways
Gatwick Airport
Heathrow Airport
Reality Zone
Vicky Wireko