Reality zone with Vicky Wireko: Cervical cancer: why it must be a mass media campaign 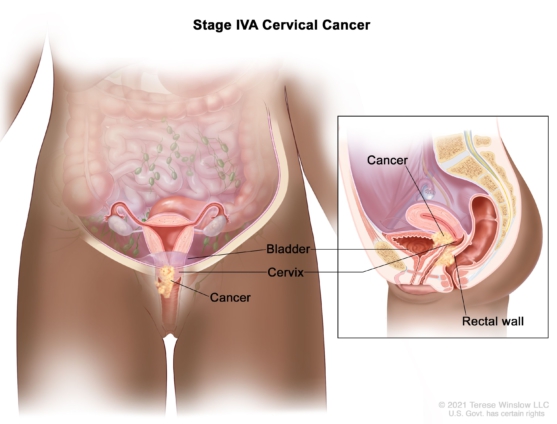 If media theories can liken the total effect of the mass media to the magic bullet or an injection because of its direct and immediate penetration effect, then certainly, the awareness campaign this month on cervical cancer should be mass media intensified.

I believe a totally focused agenda by print and electronic media, particularly morning shows, various discussion programmes in the local languages and community radios should prioritise and give dedicated airtime to the dreaded disease killing our women mostly because of lack of adequate knowledge.

Cervical cancer is said to be the leading cause of cancer mortality in women in this country.

Paradoxically, though one gets to hear over and over that early detection could be a saving grace for the women who go through the painful disease and the needless lives we end up losing, the sad claim is that little is known about screening for early detection.

My strong belief in the bullet effect a media-led campaign could dramatically increase the awareness level of the disease is on the premise of what went on in Britain recently. Just a couple of weeks ago some media organisations boycotted the continued publishing of excerpts from the fast-selling book of Prince Harry, the Duke of Sussex. The title of the memoir is “Spare”.

Those media houses thought excerpts of the book and the litany of excruciating attacks on the British Royal family by the fifth in line to the throne were too humiliating and harmful to that British institution.

They believed giving the book any further publicity in their media space was not in the best interest of the British people. Their decision worked as other media organisations followed suit and publications and chat shows were minimally brought down.

So I have no doubt that the mass media in this country can use its power to heighten the life-saving awareness that early screening for cervical cancer, or what technically is referred to in medical terms as Pap smear test will offer.

Though cancer signs are said to be different and affect people in different ways, for cervical cancer, experts advise that women look out for unexpected viginal bleeding including after sex, between monthly periods or after menopause, blood in urine or problem passing urine.

Due to the lack of awareness, however, information available indicates that about 70 per cent of cases diagnosed in the country are usually at an advanced stage, showing that awareness is minimal. And yet, experts tell us that early detection through screening can save lives.

At a recent talk on cervical cancer, it was pleasant to the ears to learn that there is now a cervical cancer vaccine which is accessible to women between the ages of 27 and 45. Administered in two doses, the vaccine apparently costs around ¢700. This is good news that needs to be spread far and wide so our young women could access it.

However, for those who may not want the vaccine or are not in the age range, routine screening costing very little is available in some allocated centres around the country. The media could fish out more information on these various centres and share it.

It is painful and heartbreaking to hear of or see a victim of cervical cancer and even more devastating to hear of death through this touted treatable disease. And that is what inadequate knowledge is leading one to.

In this month of cervical cancer awareness, one believes some education has already started.  But much more needs to be done for it to go far. One would like to entreat the Ghana Health Service (GHS) to bring education first to the doorsteps of the media and appoint ambassadors in the various media houses to hammer down the awareness.

While the media gets on with live conversations with survivors, victims or a deceased loved one to drum home the awareness message; GHS could embark on organised talks to women in various organisations, women’s groups in Churches and young women in various tertiary institutions.

The talks could be extended to the busy markets around the country, to lorry stations and indeed, wherever one finds women populated during the day. Where appropriate, GHS should set up screening centres and make provisions for the vaccine, for the benefit of those who are ready to be vaccinated.

It should not be a one-month focus for GHS. If cervical cancer is treatable with early detection, then the good the Service could do for the people is to increase and advertise screening centres on an ongoing basis.

As a public duty, let the mass media run with the cervical cancer awareness agenda rest of this month and throughout the year. Let someone take it as their new year focus and bring the conversation to people’s homes.

The media should shelve the partisan political talks for the rest of the month and focus on fighting cervical cancer through intensive awareness. Let talk show hosts have live conversations with experts, with survivors and with those living through it. The outcome of that public good can sell their products even far.

That is my prediction based on the hypodermic-magic bullet theories.

DISCLAIMER: The Views, Comments, Opinions, Contributions and Statements made by Readers and Contributors on this platform do not necessarily represent the views or policy of Multimedia Group Limited.
Tags:
Cervical Cancer
Media campaign
Reality zone with Vicky Wireko