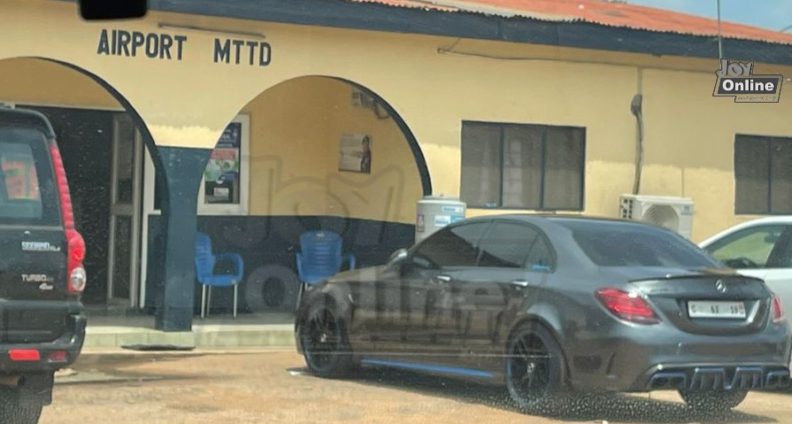 The 28-year-old man who was arrested for driving recklessly at Opeibea in the Greater Accra Region has fallen sick after he was granted bail, according to police.

The suspect, Kofi Buckman was to appear before court earlier today, Monday, October 25, but was unable to, due to his medical condition.

Supt John Atanga who is in charge of the Motor Transport and Traffic Directorate (MTTD) at the Airport Police Station informed JoyNews that the defendant is currently on admission at the hospital.

“It is unfortunate the court matter could not come on. He was released on bail to his family to be brought today. But this morning we had a document from his doctors that late last night he was taken ill and is currently under observation.

“Under this circumstance, we are handicapped to talk since it has to do with health matters,” he told Judith Awortwi Tandoh.

“When it comes to health issues, the dynamics changed,” he explained.

Kofi Buckman was captured in a viral video dangerously driving a grey Mercedes Benz at the Airport junction off the 37- Legon road.

He was filmed drifting perilously under a traffic light that had signalled motorists to stop on Saturday, October 23.

Per the amateur footage, he drove into the middle of the four-lane road and, in a Fast and Furious fashion, turned his car in circles and eventually sped off before the traffic light turned green.

Police say Mr Buckman turned himself in on Sunday morning with some relatives as the Airport Police Station began investigations into the matter.

Supt Atanga further sent a strong warning to persons who engage in such acts, adding that they will be dealt with in accordance with the law if caught.

“The IGP and his team are out today and we are not going to countenance any sort of indiscipline. It is not in the interest of anybody, all road users, including their own lives so they should be warned. So long as we get them or get information about them, they cannot hide anywhere,” he added.