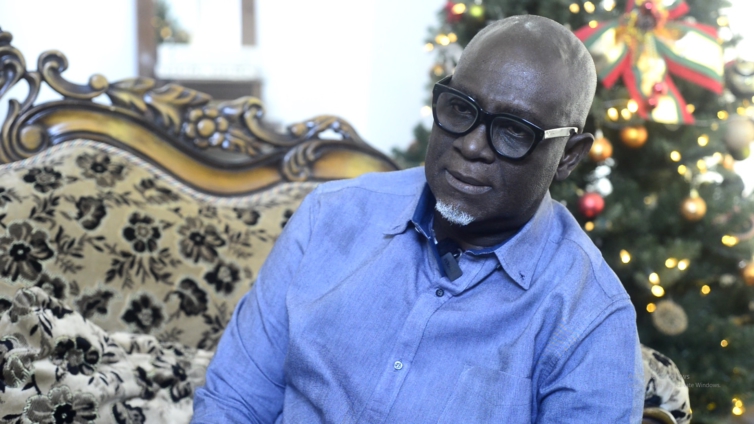 The General Overseer, of the Family Chapel international is asking government to acknowledge the financial troubles the country finds itself in by slashing public expenditure and reducing its appointees.

He says the President must put his feet down against corruption and cronyism in the coming year to reduce the burden on the ordinary Ghanaian.

He was speaking to Erastus Asare Donkor on his new year expectation of government.

This seemingly unending challenge is compelling the country to seek support from the International Monetary Fund (IMF) for the 17th time.

The cedi has fallen greatly against the dollar, becoming the worst performing currency in the world this year.

This, coupled with hikes in fuel prices, has crippled industries and threatened the spirit of entrepreneurship with its attendant hikes in prices of goods and services on the market.

Speaking with Luv FM’s Erastus Asare Donkor on his new year expectations of government, Bishop Dr. Victor Osei admonished the government to be doers of their words.

He believes as debt soars, Ghana must cut down excessive public expenses on public boards, corporations and other civic institutions.

“I don’t think if any other government was in power, they could have done any better. Because I believe to a certain extent all political parties eat from the same pot. The dollar has been rising since the previous government.

“There is too much over expenditure in the country. In government establishments there are appointees and heads of institutions who receive more in a sitting than the salary of a teacher. The monies should be put where it supposed to be. I don’t want a talk shop from the government, where they talk and do little.

Government should be proactive and cut back on expenditures and allow businesses to thrive. There is no fiscal discipline. If we put our foot down and not put to shred by the mouth, the people who try to be objective, we will survive,” he said.

“Members on my platform are crying foul. For people who have invested so much and would have ‘haircuts’, it is very unpleasant and unfortunate. I feel for them and anybody,” he added.

DISCLAIMER: The Views, Comments, Opinions, Contributions and Statements made by Readers and Contributors on this platform do not necessarily represent the views or policy of Multimedia Group Limited.
Tags:
Bishop Dr Victor Osei
Expenditure