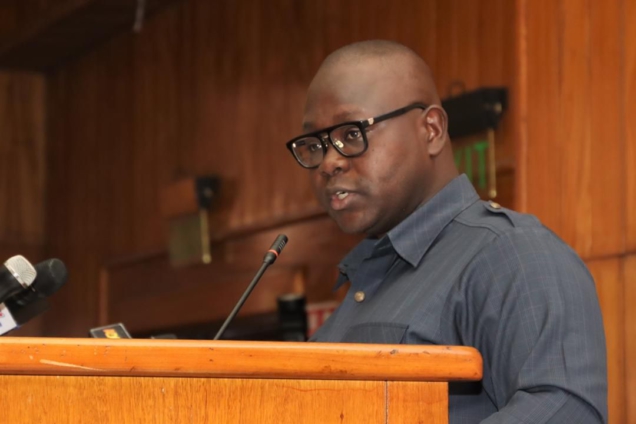 Minister for Works and Housing, Francis Asenso-Boakye has described the new data on housing that puts the national housing deficit at 1.8 million, a 33 percent reduction from the previous 2.8 million as great news.

He added that this is one that will further inspire the sector Ministry to commit to its new housing programmes that seek to further bridge the deficit and address the country’s housing challenges.

Research from the Ghana Statistical Service (GSS) indicates that the country’s housing deficit in the last 50-year period continually witnessed an upward trend from a figure of 1 million to 2.8 million from 1950 to 2010.

However, the 2021 Population and Housing Census data on structures, housing conditions, and facilities as presented by the GSS reveals a reversal in the housing deficit by 33 percent.

This, according to GSS, points to possibly some of the interventions that are happening both from the governmental point of view and from the private sector point of view.

Speaking at the presentation of the 2021 Population and Housing Census General Report on Housing Characteristics today in Accra, Asenso-Boakye observed the challenges people have to face in order to own a decent, quality, and most importantly, affordable accommodation.

The 2021 Population and Housing Census indicates that 12.7% of the total housing structures are vacant with variations across the 16 administrative regions.

“The percentage of vacant housing units reported in Greater Accra mentioned during the presentation provides evidence for our growing concern about the number of exclusive high-rise apartments that are out of the price range of the average person in the country,” he noted.

The Minister indicated that the affordability concerns are the reason the government has committed to introducing new policies that seek to reduce the cost of owning a decent accommodation by 40 percent.

Adding that “the Ministry, will soon launch its new affordable housing programme where Government will make available land, tax exemptions and other social amenities such as electricity, access roads etc. for private developers towards the construction of affordable housing facilities.”

Despite the reduction in the national housing deficit, the GSS data also captured the quality of housing units with the use of unconventional structures such as kiosks and metallic containers as housing units seen to be on the rise and accounting for about 21.3 percent of housing stock, per the provisional results released last year.

Mr Asenso-Boakye said while this requires a multi-sectorial approach to addressing the challenge, the Ministry will work with the GSS to contextualise the available statistics, explain the patterns and trends to better serve the housing needs of the population.