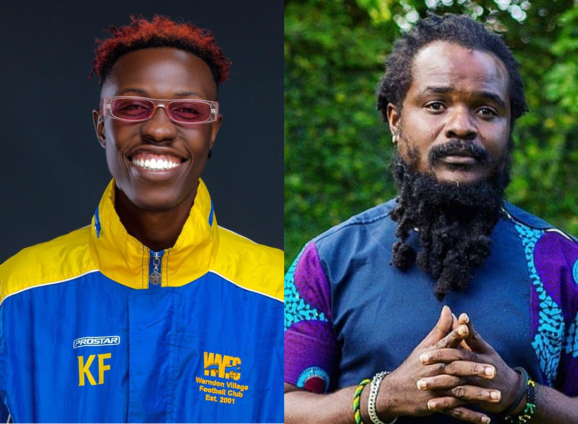 For the first time in a long while Ghana’s Dancehall and Reggae genre saw a new crop of artistes pick awards for the category at the 2020 Vodafone Ghana Music Awards (VGMA).

For years now Shatta Wale, Samini and Stonewboy have managed to take the award from the category alternating it among themselves each year.

Including last year, Stonebwoy had taken the Reggae/Dancehall Artiste of the Year award five times in a row.

J.Derobie, a new artiste under Mr Eazi’s Empawa took home the Dancehall Song of the Year on Saturday with his song ‘Poverty’.

J.Derobie had registered the song in Mr Eazi’s competition Empawa100, which sought to unearth new talents across Africa.

The song was selected and J.Derobie made it to the top ten with artiste like Nigeria’s Joeboy.

Amongst all songs released by Empawa artistes in the year under review, Poverty won the hearts of many.

The video was also the first song to reach 1 million views on YouTube the Empawa platform.

Since then J Derobie has released many songs including the remix of Poverty with Popcann – one of Jamaica’s celebrated artiste.

He has also released a an EP titled Nungua Diaries.

Secondly taking home the Reggae/Dancehall Artiste of the year Award was Ras Kuuku.

The artiste who has been in the industry for years has finally picked up the award.

Ras Kuuku in 2019 released an album Kuntunkununku the Heaviest which earned him praise of industry persons.

Meanwhile Charterhouse, organisers of VGMA, are yet to announce when the ban on Shatta Wale and Stonebwoy will be lifted.

DISCLAIMER: The Views, Comments, Opinions, Contributions and Statements made by Readers and Contributors on this platform do not necessarily represent the views or policy of Multimedia Group Limited.
Tags:
2020 VGMA
J.Derobie
Ras Kuuku