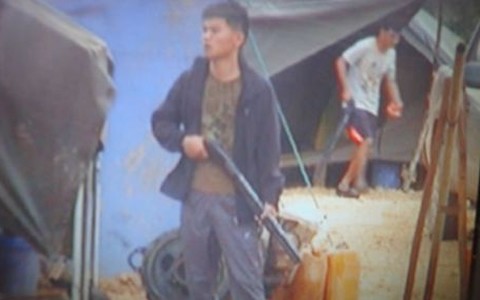 Five Chinese and 18 Ghanaians have been arrested by some residents of Manso-Nsiena for allegedly engaging in illegal mining in the town.

Residents of the community located in the Amansie West District of the Ashanti Region say the illegal miners have been outwitting the police, and the only way to bring them to book was for them to exercise their right of citizens' arrest.

This is the same town that witnessed disturbances between Chinese miners and the community two years ago.

A resident of the community Joseph Quarm tells Joy News they have decided to undertake citizens' arrest to protect lands from destruction by illegal miners.

He said they have been monitoring the activities of the Chinese for some time now, and realized they were illegal miners after it was revealed that the miners did not consult any authority in the area before undertaking their activities.

“We realized that they are illegal miners…on Thursday morning the police were supposed to arrest them but they had a tip off so all of them ran away with their machines. However, they came back with the machines to work overnight but we decided to carry out citizens' arrest.”

According to Mr Quarm, the five Chinese and the 18 Ghanaians were handed over to the Ashanti Regional Police Command for further investigations.

“We didn’t beat anybody but conveyed them in one bus to the police station,” he said.